Thanks to the support of our Hand and Upper Limb and Plastics Departments the debut performance from Birmingham Children's Hospital first ever children’s dance troupe was a smash hit with our staff.

Comprised of six talented dancers, aged four to 13 and one amazing make-up artist, aged,14, the brave patients came together to join our Chief Executive Sarah-Jane Marsh and perform in front of members of staff at our annual ABC Awards.

Their talent and bravery brought staff to their feet to give the girls a standing ovation for their fantastic routine performed to music from The Greatest Showman. 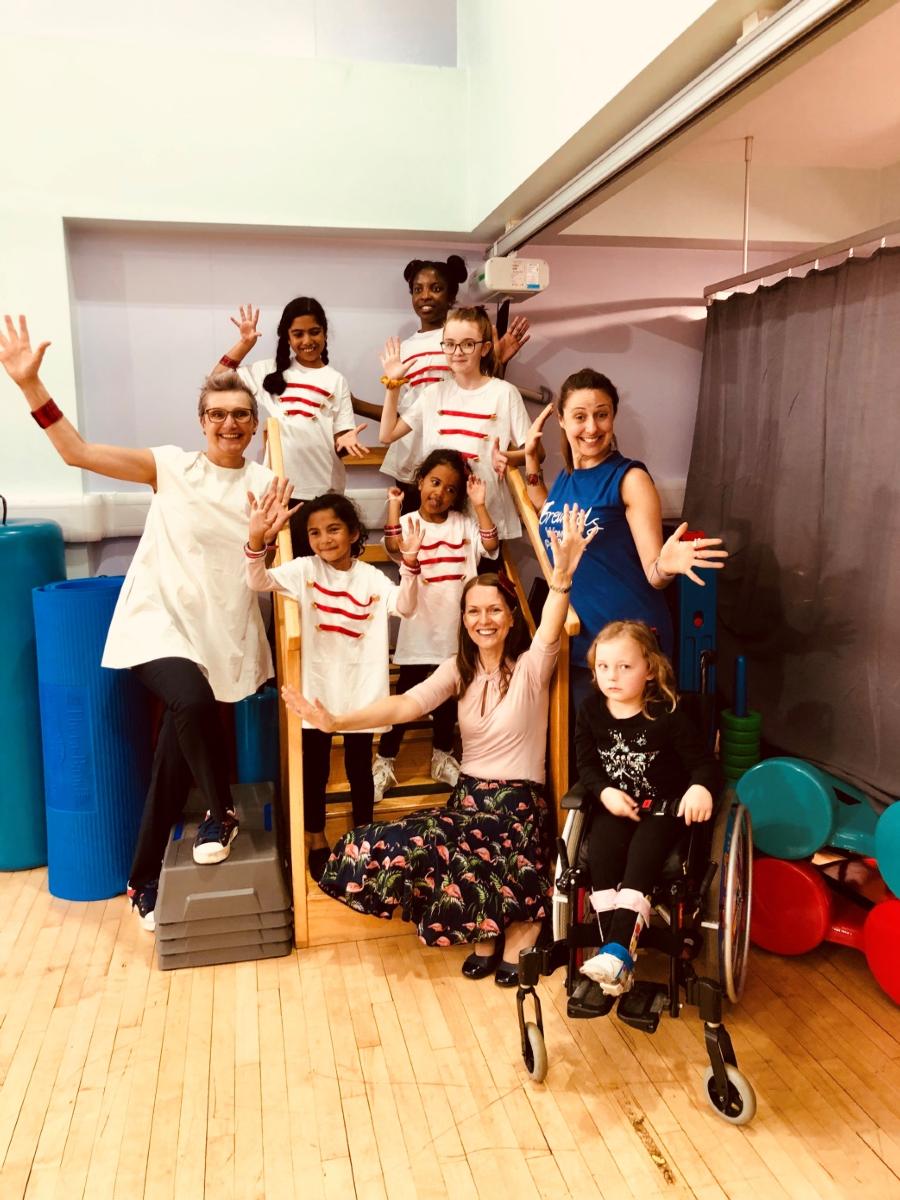 Here are some short biographies of each young lady provided by their parents: 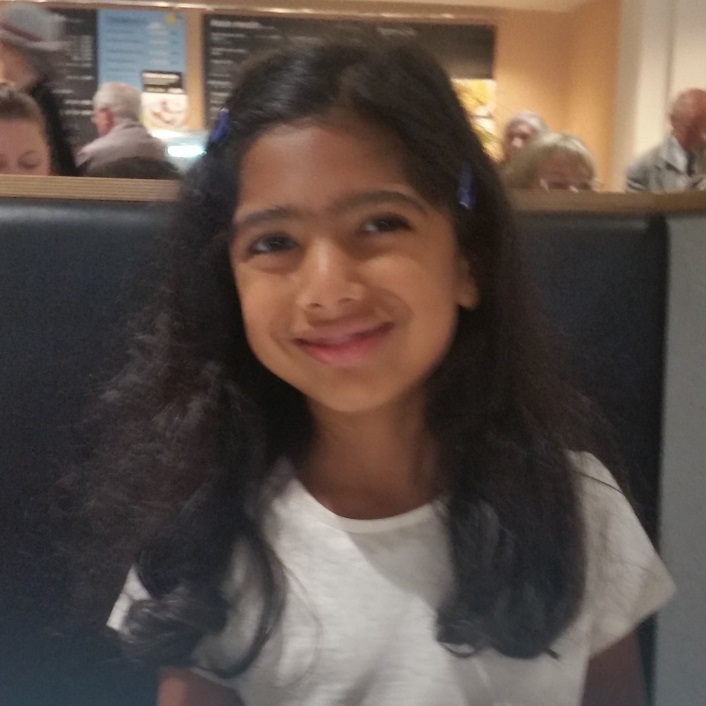 "Aleena is nine and is growing into a kind, strong-willed and tenacious young lady.

Aleena had an ischaemic event in vitro but was not diagnosed until she was 10 months old. This is similar to having a stroke. She needs care from the Physiotherapy, Orthotics, Plastics and Neurology teams and has been under the care of the Children's Hospital most of her life. Nothing stops her and she surprises us every day. She loves travelling and is a real foodie. She loves her karate and swimming and plays the cornet one-handed. Her motto is 'She could, so she did', however, none of this would be possible without the help and support the hospital has provided." 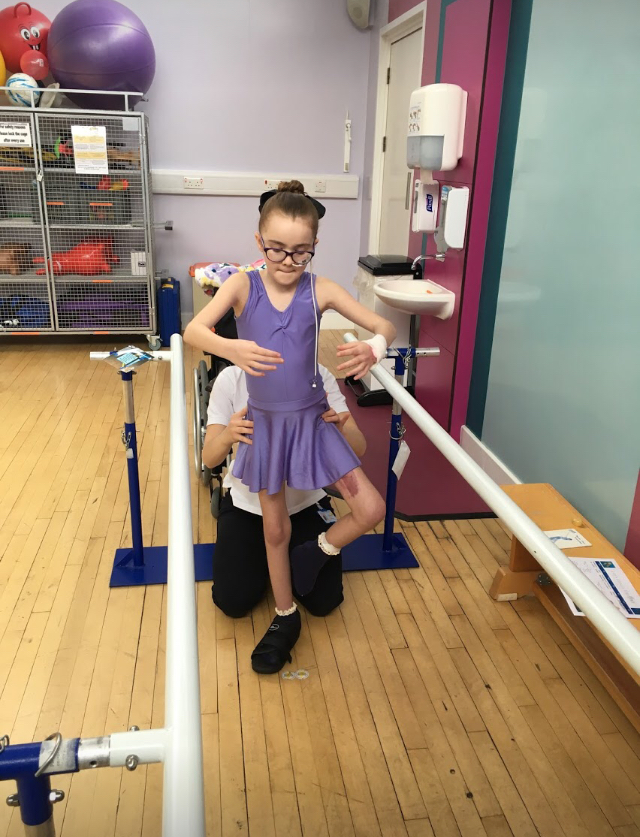 "In February 2017 Evie developed life-threatening sepsis and went into multi-organ failure, resulting in the amputation of her forefoot and toes. She spent a month in PICU and three months in Ward 5. There were days when her biggest challenge was trying to lift her head off a pillow, let alone walk again! Yet, every time the physios, nurses or doctors asked Evie for anything she always responded “I’ll try” or “I’ll do my best”.

It’s that resilience and determination that has got Evie to where she is today, fulfilling her dreams of dance.

Knowing Evie’s love of dance, the wonderful team of physiotherapists at Birmingham Children's Hospital tailored sessions for Evie around her love of ballet, showing her that even on the most difficult of days, she can achieve great things and still continue her life of dance.

We just want to say special thank you to everyone that supported Evie especially Mrs Jester; her ability to instil such belief and determination in Evie is inspiring." 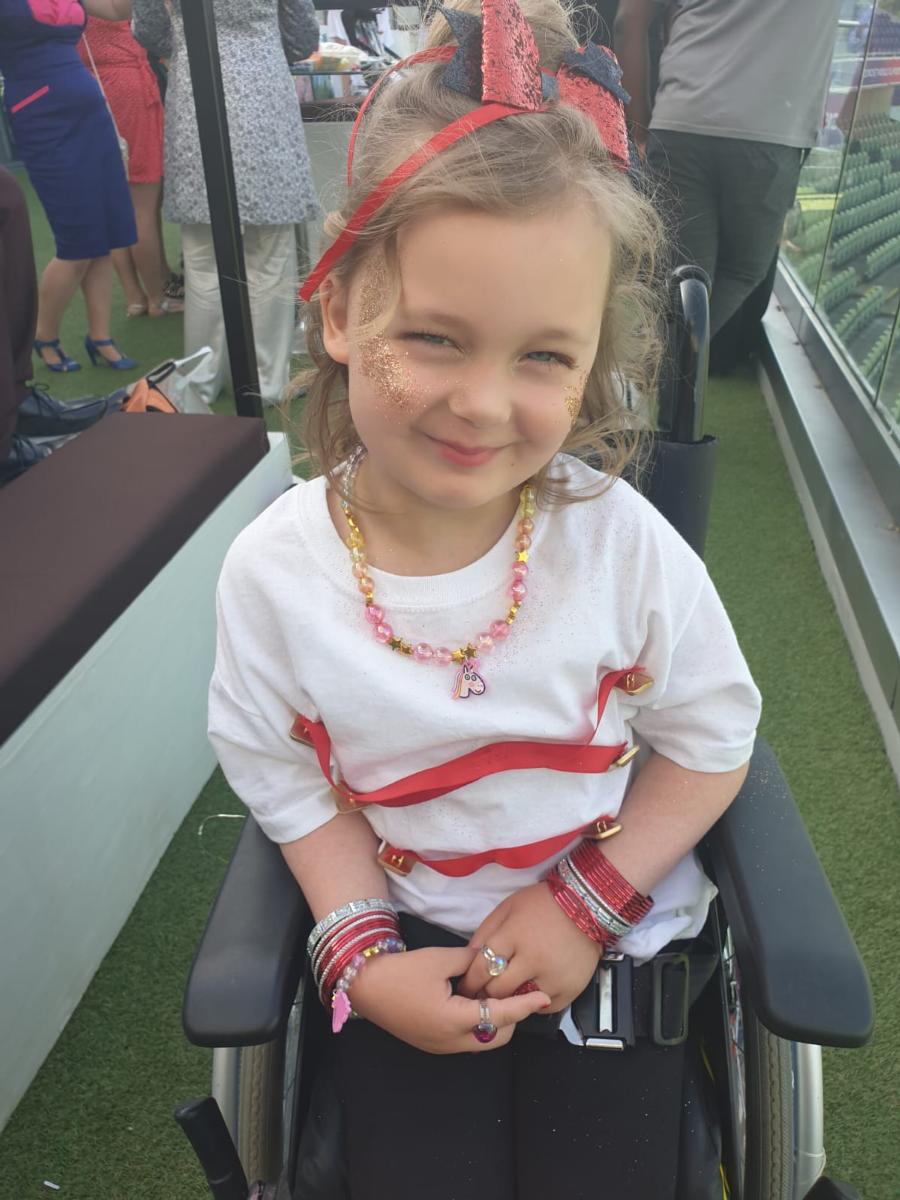 "Amelia-Mae has always wanted to succeed as a dancer. She suffers from a condition called arthrogryposis multiplex congenita which affects her mobility, and also has selective mutism.

Despite these challenges, nothing has stopped Amelia from pursuing her dream.

She has had quite a few surgeries but has come back from each of them stronger and with a renewed sense of determination.

Amelia's dream is to be a ballerina; she loves to dance.

Due to Amelia's condition, she has never been able to find a dance group that can cater for her needs. This has been very frustrating. When we were told that Amelia could audition for The Greatest Showman for Birmingham Children's Hospital, Amelia was over the moon!

Birmingham Children's Hospital has been amazing throughout Amelia's life, and really has helped her fulfil her dreams. In Amelia's own words: 'Doing dancing and being in a show is the best thing ever.'" 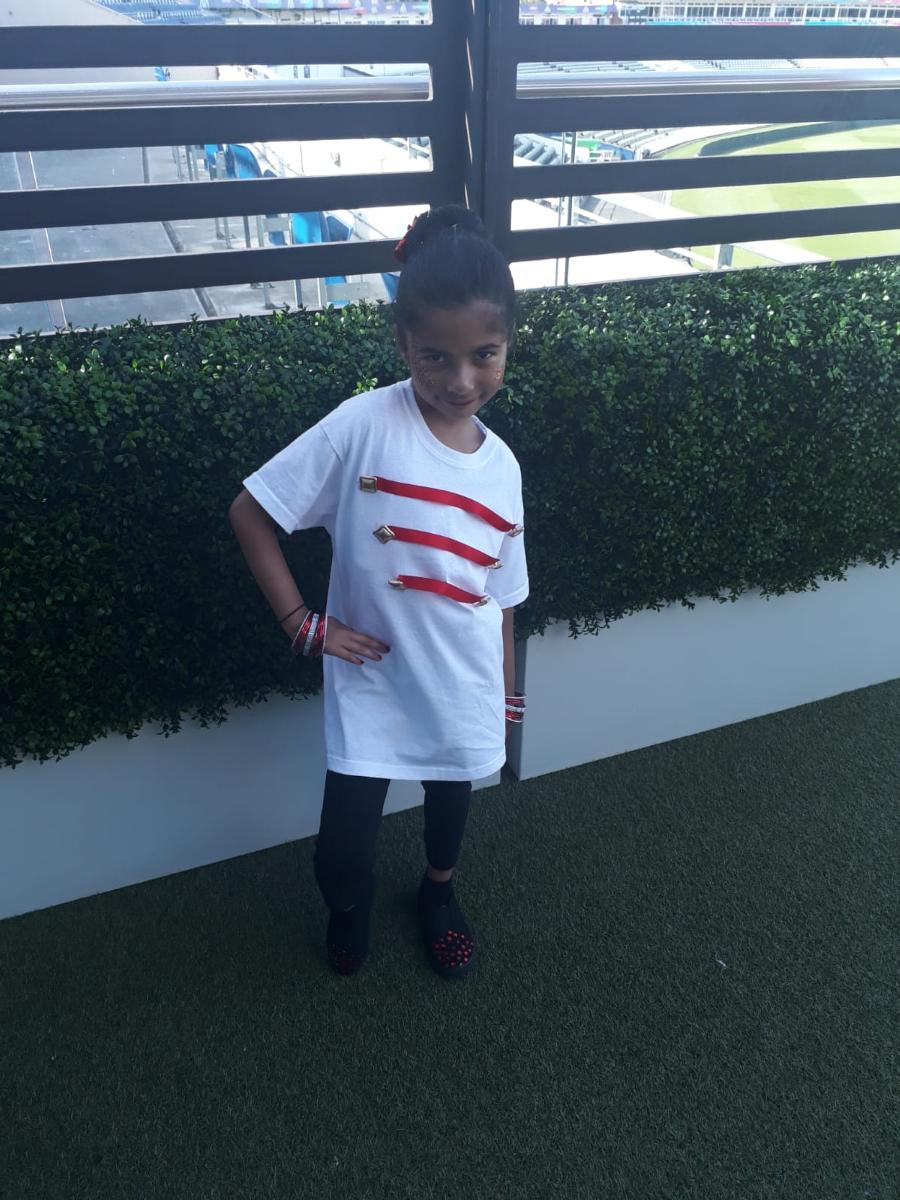 "Meera is like all other six-year-old girls, she enjoys playing, loves anything with sparkle and glitter, wants to be a princess and has a huge passion for dancing. She has one visible difference to everyone else she knows; she has three fingers and a thumb on each hand after two hand surgeries and a scar on her chest from open heart surgery. Meera was born with a condition called Holt-Oram-Syndrome. Due to the amazing people at Birmingham Children’s Hospital, Holt-Oram-Syndrome does not define her, it is not her identity and neither does it determine what path her life will take. Meera can have the life she deserves and is having an amazing time writing her own sparkly, glittery story...like she says 'not everyone has ‘Minnie Mouse’ hands'." 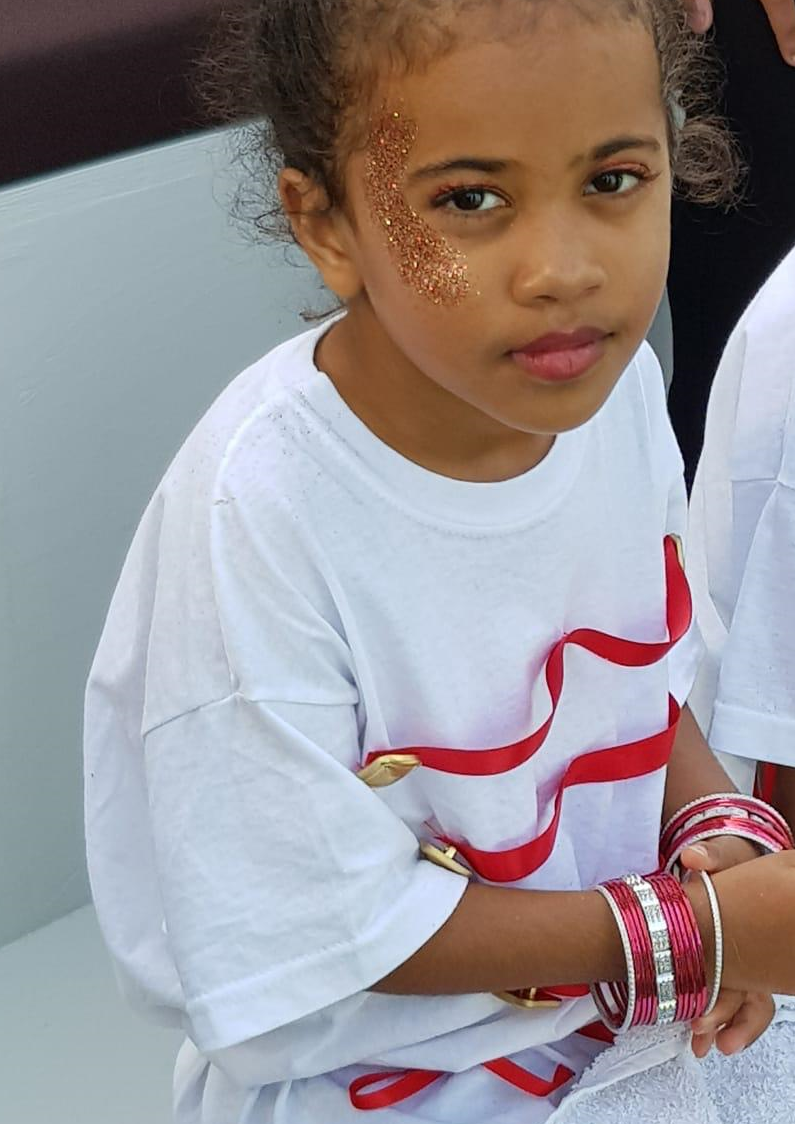 "Mia has such strength of character and determination to succeed. Mia was diagnosed antenatally with complex cardiac needs; she was born prematurely with multiple holes in her heart which was described to us as resembling 'Swiss cheese'. This was a terrifying prospect for first-time parents. She also had other differences, which has meant Mia has had lots of involvement from many departments at Birmingham Children’s Hospital. Her journey has been much more complicated than initially thought and she certainly has thrown a few curveballs into the mix - our daughter likes to test the professionals! During an intense stay in hospital, when Mia was three, she was finally diagnosed as having Holt-Oram-Syndrome (the hand-heart syndrome) as well as heart block. As parents, it felt comforting to have a little more understanding as to why our precious daughter has had to face such challenges.
Today, Mia has flourished into a clever, beautiful seven-year-old girl who shows such empathy towards others. She has adapted to all the obstacles that have been put in her way and does not let anything, including her pacemaker, stop her from doing what she chooses. Mia adores dancing and performing, she is always twirling around so to have this amazing opportunity to dance with other children with different needs has shown her that anything is truly possible. We will always be indebted to the wonderful surgeons, doctors and nurses at Birmingham Children’s Hospital for giving our little girl back."

"Kaitlyn is a beautiful loving 13-year-old who always stands up and fights for what is right. Kaitlyn loves dancing. On 2 February 2018, she was hit by a speeding car just five minutes away from home and suffered a brain injury. Kaitlyn wanted to be a politician and an actress, but after coming into contact with Mrs Andrea Jester she changed her mind to and now wants to be a plastic surgeon, which is an excellent decision. Kaitlyn is looking forward to doing work experience at the Children's Hospital when she turns 14. 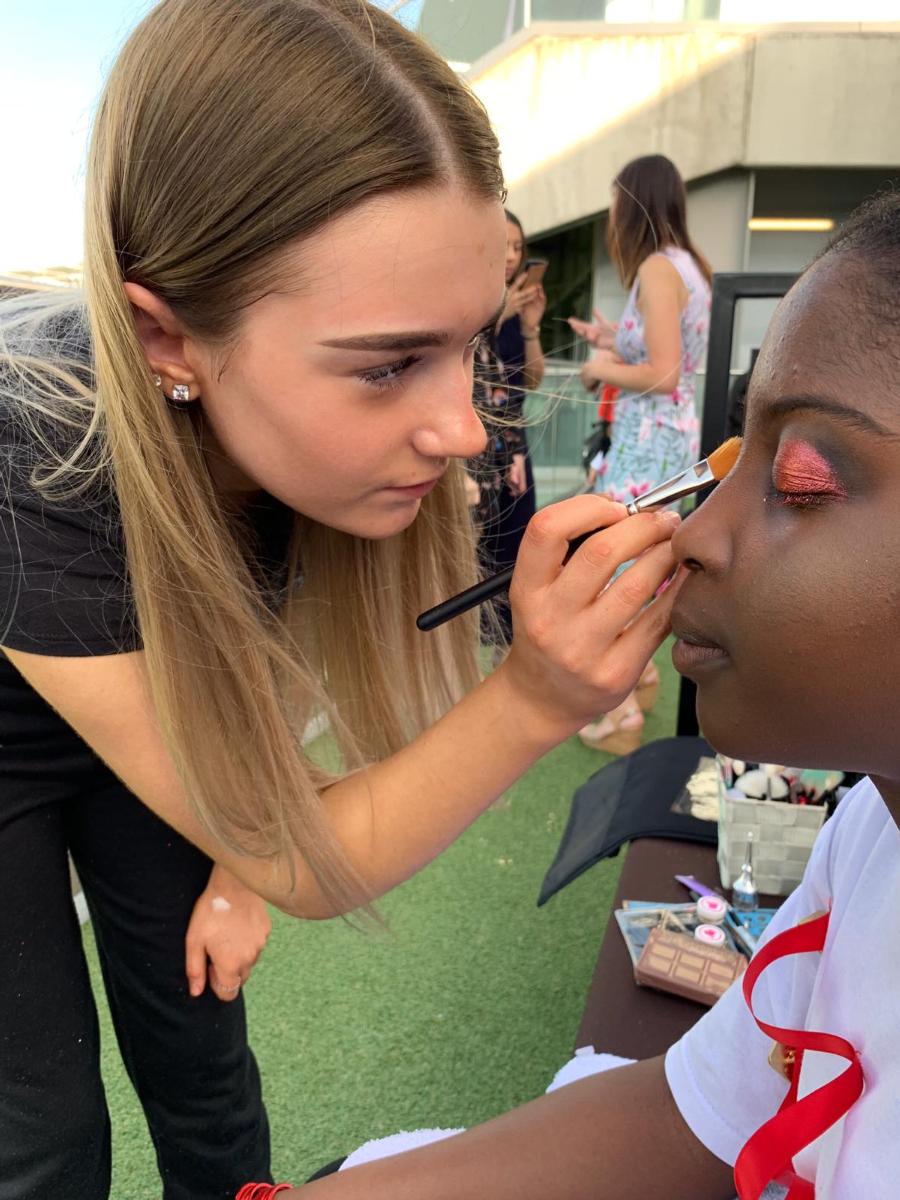 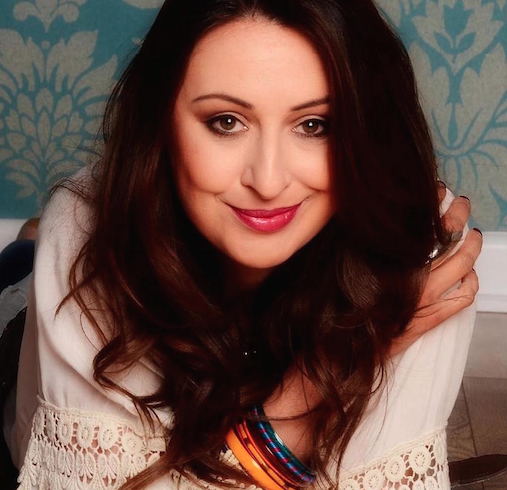 Over the last 20 years, Clare has worked as a professional dancer singer and actress, as well as a choreographer, and dance practitioner. Her freelance career has led her to teach, choreograph and direct with companies and organisations across the UK and Internationally, such as The BBC, Youth Dance England, The Royal Academy of Dance, The British Ballet Organisation, The Birmingham Royal Ballet Education Dept, The Associated Board of Dance, The Birmingham Hippodrome Theatre, along with three years working on the Cultural Olympiad leading up to the Olympics in 2012 as a dance artist and director on a number of projects.

Clare also works alongside Emily Summers as joint directors of their Community Interest Company ‘Bostin' Creative Arts and Theatre’. Where they produce and create arts and theatrical work within local communities.

A few words from Clare…

"My connection with Birmingham Children’s Hospital stems back to 1995 where I was brought here with a spinal injury from a bungee rope game. The day the accident happened, never did I realise that in December 2000 would I be visiting the wards as a performer with the cast of a professional pantomime that I was performing in.

When asked to lead on this project, I was delighted and honoured to be back at the hospital working on such a wonderful project. The sheer determination, perseverance, courage and energy of these young people is infectious.

This evening these young people have proved that anything is truly possible. I am so unbelievably proud of how they have embraced this experience and it has been a pleasure to see each one of them grow in confidence over the last three weeks."

To see the girls in action watch the video below: