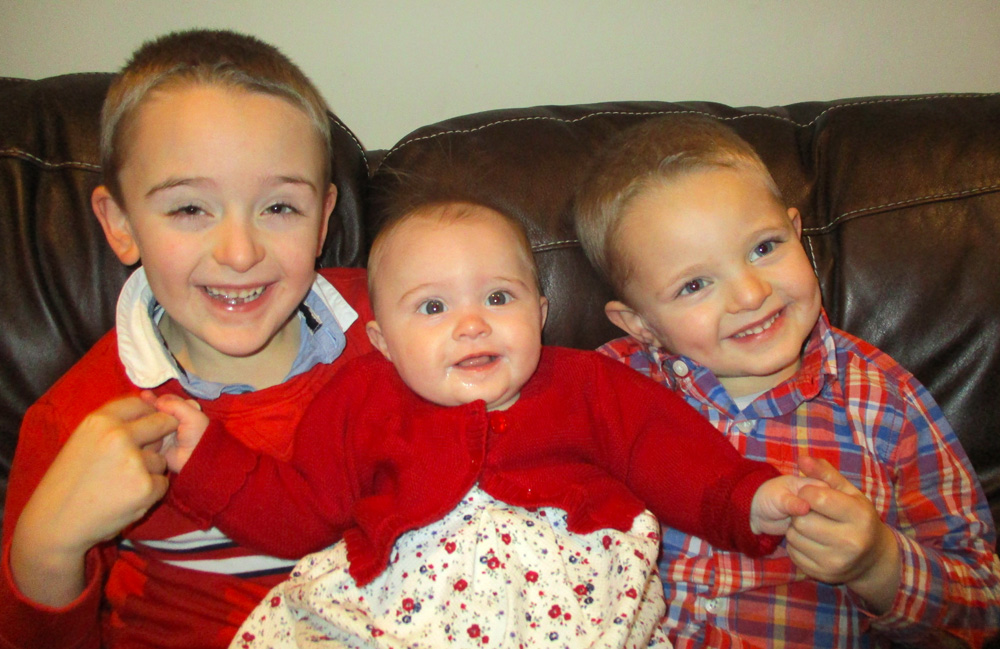 Annika and James Shepherd are one of the many couples our dedicated Fertility Centre has cared for and supported through their 'emotional rollercoaster'. They’re sharing their IVF (In Vitro Fertilisation) story to offer hope to others struggling to conceive.

Annika and James started their journey with us in 2006. After trying to conceive for two years the couple were referred to our Women’s hospital by their GP.

Our dedicated team carried out a number of tests, which helped diagnose Annika, who was having no menstrual periods (amenorrhea), with a hormonal imbalance that meant the couple’s chances of conceiving naturally were slim.

Annika takes up the story: “The process of having tests and waiting for results is very emotional, so we were relieved once we knew I could start treatment. Initially, I took fertility drugs to stimulate my ovaries, but this didn’t work so the next step was IVF.

“My first cycle of IVF, which took place in December 2011, was funded. Unfortunately, this was unsuccessful, but we still had hope and were keen to try again as soon as soon as we could.”

“In March 2012, we funded the second attempt ourselves, using a frozen embryo from the first cycle. We were ecstatic when we found out I was pregnant and Charlie was born at the Women’s hospital in December that year.”

Annika and James went on to fund a further four cycles of IVF themselves (two fresh and two frozen) and welcomed Sam in January 2014 and Lily in August 2016.

Annika added: “Even though we moved to Warwickshire in 2012, we chose to receive treatment at the Fertility Centre because of the standard of service we received. The staff, from the receptionists to theatre doctors and midwives, were professional, yet personal. They remembered us and our children’s names on our return visits and that meant a lot.

“It was hard on us financially and emotionally, not to mention the time off work and travelling to and from appointments, but it is all so worth it. For us, six rounds of IVF in total resulted in three healthy children and we realise how lucky we are. We’d like to say a huge thank you to the Fertility Centre team for their help and support and to say to others in a similar situation – don’t give up hope!”