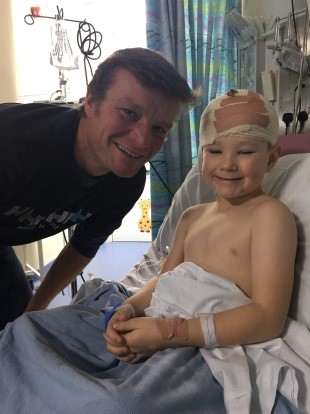 11 year old Fin and his mum Jemma have been through the epilepsy surgery process and wanted to share their experience.

Finn was 5 years old when he had his first absence seizure. His mum, Jemma, explained that

“Finn complained about his fizzy eyes, you would see him staring into space, but it was not obvious, we weren’t aware he had epilepsy at this point”.

Around the same time, Finn had a doctor’s appointment about a separate concern, and they requested an MRI scan. The MRI scan revealed a tumour in Finn’s brain. He was diagnosed with epilepsy and referred to the Children’s Epilepsy Surgery Service (CESS).

Finn’s seizures got worse and they were having a huge impact on everyone in the family. Finn was scared and he wanted to stay with Jemma all the time. Jemma said

“He was having 15-20 seizures a night, which affected everyone’s sleep.”

It got so difficult that Finn was not regularly going to school and Jemma had to quit her job to become Finn’s carer.

Finn was prescribed different antiepileptic drugs to try and control his seizures over the next year. Jemma explained

“Finn had a difficult time with the drugs, they were not working to treat his seizures, he became aggressive, and his behaviour got increasingly worse”.

Jemma said she felt that they

Finn moved onto the ketogenic diet for a period of 3 months. Whilst this did not stop seizures, Jemma felt it helped Finn’s recovery. The family were also put in contact with another family on the ketogenic diet, which they found helpful.

Finn began the surgery assessments and had several tests at Birmingham Children’s Hospital including video telemetry (VT), EEG and MRI scans. The results of these tests meant that the CESS team felt that surgery was an option for Finn.  Jemma explained

“There was no doubt that surgery was our only option, we didn’t need to weight up the pros and cons, Finn was drug resistant and there was a tumour that needed to be removed.”

“We as a family were not coping; we needed the surgery not just for Finn, but for us all”.

The wait on the surgery pathway was one of the hardest times for the family.

“We felt scared and really alone”

explained Jemma. The waiting for information was extremely difficult.

“At the time, you’re confused by the wait”.

Finn underwent epilepsy surgery in December 2016 after 18 months of assessments and being on the surgery waiting list. Jemma said

“From this point, the support provided by the hospital was phenomenal and the information about surgery was explained really well”.

As Finn’s tumour was large and close to his frontal lobe, the neurosurgeons explained that they may not be able to remove all of it and that the seizures may return.

“It’s like when you’re waiting for something that could be so good, it seems unreal”.

Finn recovered really well. He was up and dressing himself slowly 2 hours after surgery and running around in the days following, leaving the hospital after 5 days. Jemma said she

Although Finn recovered quickly, going back to school was difficult and he felt unable to leave his mums side. Jemma said

“He had lost his social skills, his friends, he couldn’t read or write and so he just couldn’t cope with school”.

Eventually another school offered him a place which had the facilities and resources to support him.

“His life completely changed, they helped build his confidence back up and slowly I could let him go”

Finn’s behaviour was still difficult at times for the family, who were refereed to Birmingham Children’s Health in Mind Service for help adjusting. Jemma explained that

“The psychologist gave us the confidence to acknowledge that Finn’s behaviour was not ok and provided us with the strategies to cope.”

Over time the family started to rebuild. Jemma explained

“Finn had one seizure 24 hours after the surgery and that was it, he has not had one since”.

“He’s going to do amazing things, he’s come out as such a nice kid, he’s perfect, he can do anything he wants with his life”.

Advice for future families going through the process from Jemma: 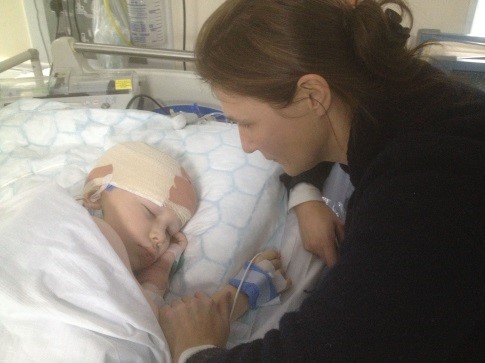