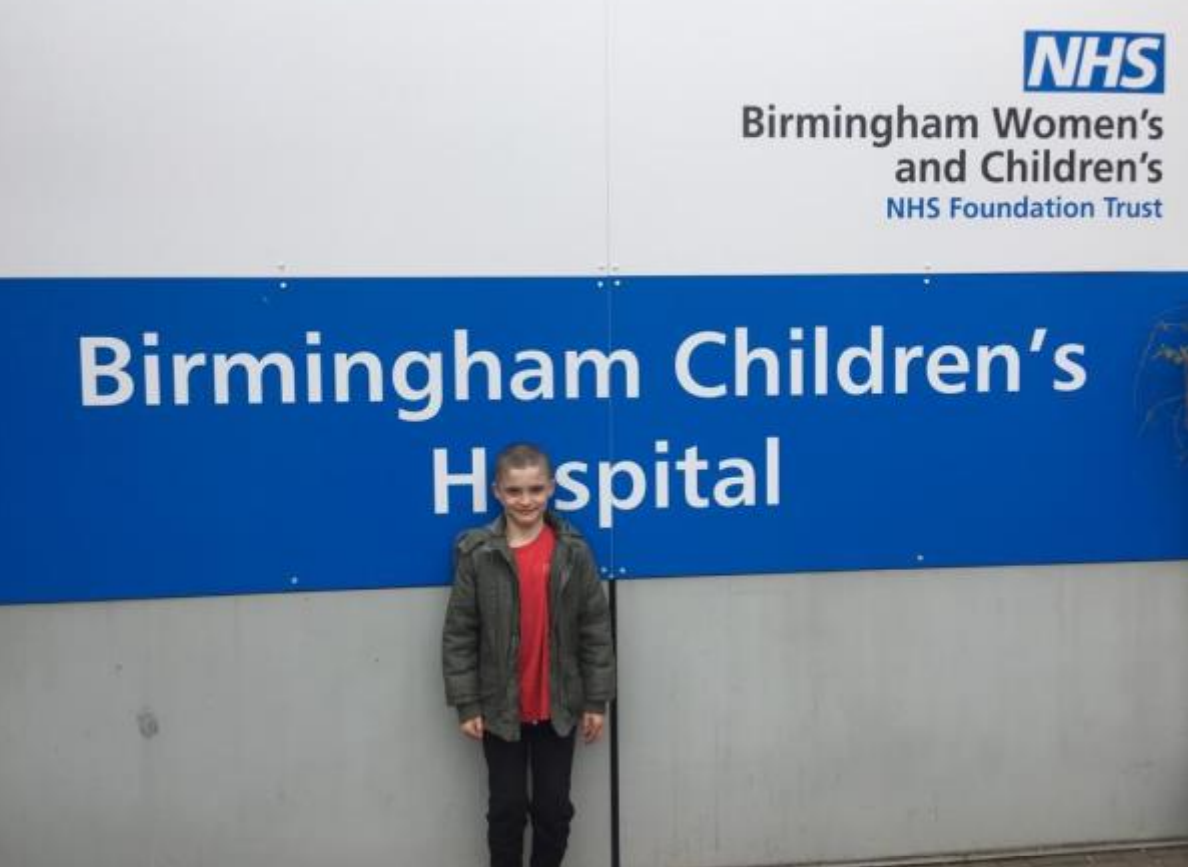 12-year-old James, and his mum Claire, have been through the epilepsy surgery process and wanted to share their experience.

James was 8 years old and at school when he had his first seizure. It took 45 minutes for the paramedics to stabilise James’ convulsions with medication before they could take him to hospital by ambulance. A few weeks later, having had a CT scan and EEGs while asleep and awake, James was diagnosed with epilepsy and prescribed anti-seizure medication. Claire said:

“When your child is diagnosed with epilepsy you wonder whether he will be able to do certain things independently in the future.”

“In the months prior to his first seizure James had had episodes during which he behaved in a way that was very out of character. He had always been a sunny boy, but he would sometimes refuse to go to school, become angry and lash out at his twin brother randomly. This aggressive behaviour became worse after he began epilepsy medication. This was hard to deal with, particularly since the medication didn’t seem to control his now frequent seizures, but we figured that they may have been even worse without it.”

Three months after his first seizure, James had an MRI scan. His family was contacted that afternoon with a request to bring him in for a second MRI scan the following day. Claire said:

“That’s when you know the scan must have picked up something. The wait for the results was awful. You try not to fear the worst, but you can’t help it.”

The day after the second MRI scan, the paediatrician who had diagnosed James’ epilepsy called his parents to the hospital, as she wanted to let them know as soon as possible that a sizable lesion had been found in the middle of his brain. She reported that the multi-disciplinary team believed this to be slow growing and not cancerous, but we needed to be seen by the specialists for more information. Claire explained that waiting for a date for this appointment was one of the lowest points of the journey:

“If you know what you’re dealing with, you can deal with it. The uncertainty and waiting for information as to whether the lesion and the now very frequent seizures were treatable were the worst.”

When the appointment came, it was confirmed that surgery was an option, but that a series of tests and assessments would be required first.

James was referred to the Children’s Epilepsy Surgery Service (CESS) to begin the assessment process. For James, this consisted of numerous tests over several months, including EEGs, video telemetry, MRI scans, and neuropsychological testing.

The decision making process regarding the surgery was easy for the family, as the hope was to stop James’ seizures so he could resume his life again. His seizures were frequent and unpredictable, as Claire described:

“They would happen without warning, sometimes multiple times per day. Sometimes James would have excruciating pain in his head and vomit, other times he would experience visual disturbances, or lose all of his energy as if the power plug had been pulled. He would have to sleep after an episode. It was awful for him.”

It was 11 months from James’ first seizure to his surgery. Claire explained that waiting for a date was difficult. She, James and the family felt better when they knew when the procedure would happen, although were aware that more urgent cases might mean that this had to be moved.

Throughout the whole process, the family had explained everything to James very openly, including what the surgery would involve, and shared with him their nervous excitement that his seizures might be treatable.

When James was admitted to hospital the day before his surgery and had finished his preoperative procedures, Claire explained that they found it a helpful distraction to take advantage of the hospital’s location to visit the city.

“We had a wander in a couple of shops, went for a meal with the wider family and got last minute tickets to a musical, all of which were great to take our minds off our nerves about James’ operation the next morning.”

In May 2018, James underwent epilepsy surgery, and the tumour causing his seizures was removed. He was away from the ward for most of the day, and the wait felt interminable for James’ family. Claire said

“The hospital staff were lovely and let James take his toy snowman with him when he went to the theatre, and bandaged his snowman’s head in a way that matched James’ bandages.”

Claire found it helpful to leave the hospital while James was having his operation, choosing to go for a run nearby before meeting her mum and sister in the art gallery. It was one of the most difficult days of her life but she reminded herself how lucky they were that James had a hope of his seizures being treated, and that he was in one of the best hospitals.

Following the surgery, when James woke up, he was initially sleepy but not long after he was sitting up, chatting and playing. James stayed in hospital for 5 days, leaving earlier than expected. On the way back from the hospital they stopped off in the park so that James could play on his scooter. Claire said,

“It was almost symbolic, the beginning of a new chapter.”

Immediately after surgery James was back to his old self, and within a couple of weeks was doing his usual activities. A year or so later he came off the anti-seizure medication. Claire said

“James hasn’t had a seizure since his operation. It’s been life changing, and we are eternally grateful to you all at the children’s hospital.”

Advice for future families going through the process from Claire:

“You are not alone. It can be extremely worrying for your child and all the family, but it can be helpful to be in touch with others going through a similar process. Try to keep hope that your child is in the best possible hands."

You can watch James story below: