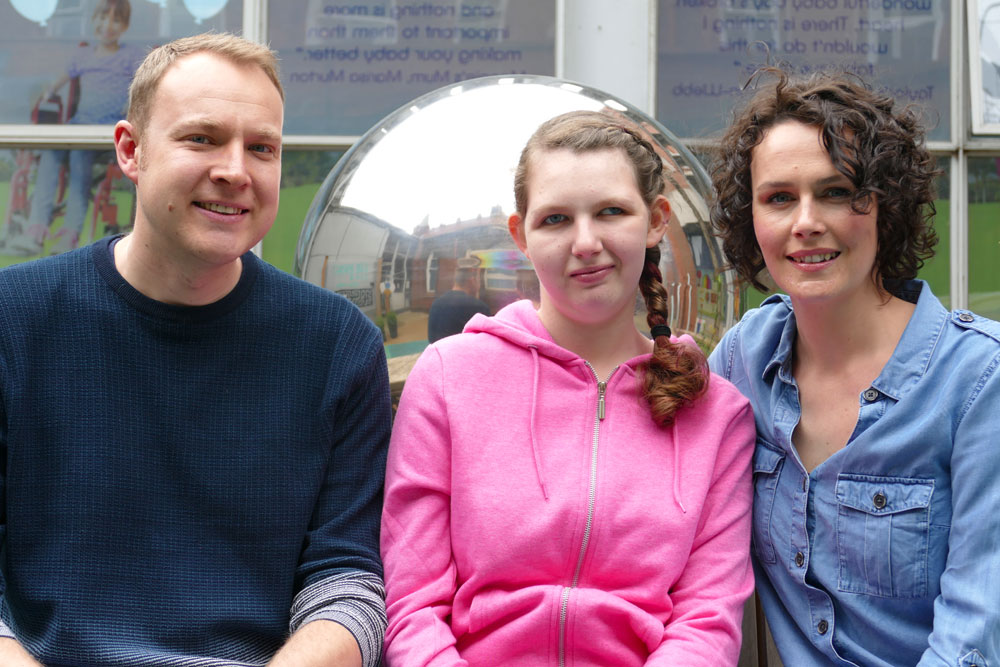 Each year around 150 children and young people are referred to us for consideration for epilepsy surgery. Taking the decision to go ahead with surgery can be daunting but it can also bring positive life-changing benefits. 14-year-old Millie Agnew and her family have been through this journey and wanted to share their experience of the operation that separated the two halves of Millie’s brain.

“Millie was first diagnosed with epilepsy when she was about five,” explained dad, Charles. “We already knew she had cerebral palsy so we were prepared for it in a way.”

After the diagnosis, Millie’s seizures continued to gradually increase and this started to have a serious impact on her life.

Next Millie and her family tried the Ketogenic diet - a high-fat, low carbohydrate diet that is effective in reducing seizures in 50% of patients. With the pressures of very busy lives, another young child and the need to precisely measure and weigh food it became clear that this route was not working for them and the seizures were not reducing.

After much thought and deliberation, the family decided that surgery would be the best option. Charles explained, “We knew she was drug resistant; we’d given the Ketogenic diet as much effort as we could and the MRI scans suggested she would be suitable for the five-hour long procedure.

“We were given reassurance from the team at Birmingham Children’s Hospital that it was a good idea and the potential long-term benefits were huge. Of course, we were concerned but we felt it was very important to believe it was going to work. “

“The main thing was the impact on Millie’s quality of life,” added mum, Jane. “It was a really tough time and looking back, Millie was really poorly. It must have just been so exhausting for her having so many seizures through the day.

When undergoing major surgery, the support of hospital staff is essential in ensuring the patient experience is a positive one.

Jane said: “We are hugely grateful to the staff. The support they gave Millie before, during and after the experience was fantastic. They’ve really taken the time to talk to her and they’ve supported us emotionally as a family.”

“The standard of care from start to finish, through all of the departments, was brilliant,” added Charles.

The hospital’s expert team of epilepsy surgeons undertook a hemispherotomy that physically separated the two halves of Millie’s brain to prevent seizures from travelling from one part of the brain to another, which causes the body to shut down. It’s an unusual procedure and only nine of the 72 operations the Epilepsy Surgery team undertook last year were hemispherotomies of the type Millie underwent.

The surgery went really well and Millie has been seizure free for the last year meaning she’s now able to do things previously not possible because of her epilepsy.

A delighted Millie explained how being able to do things that a lot of us take for granted, which includes being able to walk around the family home independently, has made a huge difference. She said: “My gran lent me her old hot water dispenser so now I can make my own cup of tea after school. I didn’t used to be able to do that.”

Jane agreed that the surgery has helped her daughter immeasurably. She said: “To put it simply, Millie is just happy. She’s sociable now. If we have dinner with friends or family she’s joining in now and laughing, whereas before she was in a cloud, just slumped and very down.”

Millie is now ready to start the next phase of her treatment. She currently takes three different medications which she’ll gradually withdraw from over the next 12 months. She still gets very fatigued so the family are looking forward to reaching a point where she is medication free too but they are delighted with the progress she has made so far.