One Born Every Minute

One Born Every Minute

Our Maternity teams and the families we care for were featured throughout the prime-time series of the hit show One Born Every Minute.

We opened our doors and letting millions of viewers into our specialist hospital to offer a glimpse of life on our maternity unit – which sees more than 8,000 births each year.

Produced by Dragonfly, which previously put together the Inside Birmingham Children’s Hospital documentary series, the BAFTA award-winning programme featured members of our teams, including many of our midwives from our Delivery Suite and Birth Centre.

This series, the first to be filmed at our Birmingham Women’s Hospital, takes us on the journeys of more than 30 soon-to-be-parents – celebrating the rich cultural mix of our city. 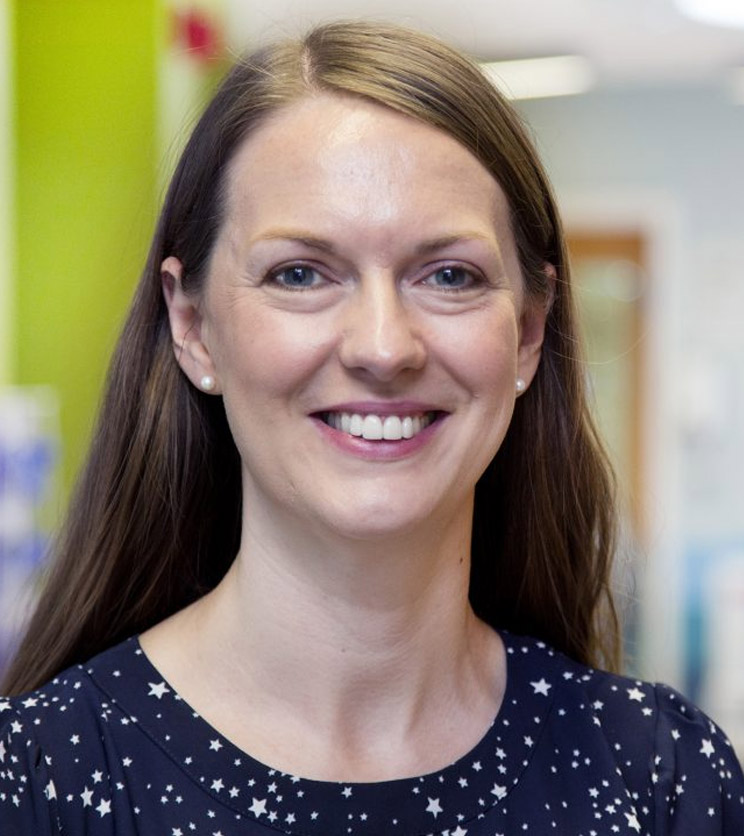 “The series offered viewers a flavour of the dedication, skill and compassion of the amazing teams on our Maternity Unit, who are by the side of thousands of families each year through their pregnancy, birthing journey and beyond.

“No two days are the same, and each and every birth brings a special story as babies are welcomed into the world, changing lives forever.  We are truly delighted to have worked together with our friends at Dragonfly to capture and share just some of these moments through One Born Every Minute, and to leave the families we showcase with a permanent record of this momentous time. ”

Catch up on previous episodes via Channel 4

33-year-old Lauren & 36-year-old Rachel knew they wanted to have a family together. Lauren carried their first daughter who was conceived using a donor. After suffering a miscarriage, Rachel has had to accept she may never be a genetic parent and so Lauren is now carrying their second child. They return to Birmingham Women’s Hospital as they await the arrival of a little sister for Maisie and the start of their life as a family of four.

Laura, 37, and Paul, 40, were friends for years. Then love blossomed. Between them, they have nine kids and now another one on the way. Life is never dull in the Brooks' household!

It was love at first sight when 36-year-old Urwah first spotted Nahdia, 36, thirteen years ago at a student conference in Malaysia. They met for the first time four months later, and within a year they were married. Having both come from large families they were keen to have a big family of their own and they're now on baby number five. As practising Muslims, they’re hoping that prayer will get them through the birth.

Svetlana, 38, had a traumatic birth when she had her first daughter in Bulgaria. Husband Ivo, 37, wasn’t even allowed in the room. They’ve arrived at Birmingham Women’s Hospital hoping to have a better experience with their second child.

25-year-old Nadia and her partner, 22-year-old Jaedon, are expecting their second baby. Still living at home with her mum, they’re desperate to fly the nest and start life together. But when it comes to the labour, will Nadia still need her mum by her side?

33-year old Tom has been a carer for his dad since he was a teenager and never thought he’d find love or have a family of his own. Then he met 34-year-old Elly and his life changed forever. They’re expecting their first baby and are hoping the birth will go smoothly.

Rose, 26, and Darren, 31, are expecting their first child together. But the journey to having a baby has not been easy. Rose suffered a stroke while pregnant and during the surgery to remove the clot she lost sight in one eye. The medication she’s on poses a risk to the baby – so they’re hoping all will go well when they arrive at Birmingham Women’s Hospital for their planned C-Section.

Unplanned pregnancies are nothing new for 21-year-old Chynna and her partner 21-year-old Spencer. They both still live at home with their parents but are now expecting their second baby together. But Chynna’s mum will be on hand to help them through the labour.

Seif, 48, fled the war in Sudan and, 15 years on, now calls Birmingham home. He had given up on love until his niece introduced him to 30-year-old Halah. Desperate to start a family, they anxiously await the arrival of their new baby.

After a string of failed relationships 27-year-old Jess found Leon, 33, on a bus and he was the perfect gentleman! Leon’s a drummer from a musical family, but doesn’t yet have the rock and roll lifestyle he dreams of. He has a teenage daughter from a previous relationship and it breaks his heart that he doesn’t see her as often as he’d like so he’s looking forward to having his baby with Jess and starting family life together.

40-year-old Sarah was desperate to become a mum, but couldn’t find the right man to be dad. Then ‘fate’ brought her and 29-year-old Tom together. The ten year gap didn’t hold them back and the last five years have been a whirlwind. They’re now expecting their second child. To Sarah, who lost her mum when she was younger and now lives five doors away from her dad, family is everything. She’s hoping to have the same close relationship with her daughter when she comes along.

Between Dawn, 37, and Scott, 40, this is baby number eight. Dawn has two children and Scott has five and two of them are expecting babies of their own! He spent years as a single dad and is looking forward to sharing the care of this child with Dawn. Poor Dawn though is terrified as it’s been 10 years since her last baby.

34-year-old Chantell had a troubled upbringing and never thought she’d find love or have a family of her own. Then she met Phil, 33 and everything changed. They’ve overcome all the challenges life has thrown at them and are looking forward to the birth of their third child together.

After turning to an old wives' tale, and some bicarbonate of soda, to discover the gender of their unborn baby, Emily, 20, and Nathan, 25, went for a scan and discovered they were right, it was a boy. Still living at home and still very much young at heart, they are hoping to show the world they can grow up enough to tackle the responsibilities of parenthood.

36-year-old Debbie has met her superman in Clarke, 37. Although they’ve been together two years, they don’t yet live together, but are determined to make family like work once their baby is born. After a difficult pregnancy they can’t wait to meet their new daughter.

After seven years trying and two failed rounds of IVF, 33-year-old Jo and 47-year-old Pat believed they would never have children until a visit to a clairvoyant offered hope. They arrive at Birmingham Women’s Hospital to be induced, only to find that getting their baby out into the world is almost as troublesome as getting pregnant in the first place.

Also on the wards are April, 27, who is having her third baby, and her little sister Chloe, 20, who’s come along for support. The two fought like cat and dog when they shared a bedroom, but grew closer when April had children and Chloe stepped in to help. They hope this new baby and its siblings will share the close bond that they now have.

25-year-old Sharnee and 27-year-old Dan don’t know the gender of their first baby together. Dan has three brothers, and he’s always been scared of girls – he only started dating Sharnee because his cousin texted her for him. They’re looking forward to becoming parents together, but Dan’s a bit worried about what he’ll do if it’s not a boy… 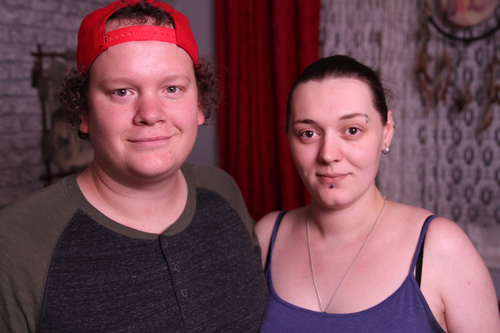 23-year-old Beth didn’t expect to find romance on a Harry Potter website, but she did when she found her very own Hagrid – 24-year-old “gentle giant” David. Trouble was he lived 6,000 miles away in the US.  After a year of online dating they met in Birmingham for the best two weeks of their lives. But when David went home Beth discovered she was pregnant. Visa restrictions meant David had to stay in the US for the entire pregnancy leaving Beth to go it alone.  But now he’s back in Birmingham and eager to see his baby daughter born.

Colombian Kathereen, 28, and Birmingham born Nick, 40, found love in an Irish pub in China.  When he needed to break the ice Nick soon realised the way to a woman’s heart is to complement her shoes!  That sealed the deal and now they are expecting baby number two.

When self-confessed romantic Gavin met Carla 15 years ago she wasn’t remotely interested in him.  She told him that one day he would find “the one” not realising that 2 years later they’d meet again and fall in love.  Their journey to becoming parents has been a tough one and they’re hoping their new baby son will be their second miracle.

Shay and Sunny
Forty one-year-old Sunny fell in love with 32-year-old Shay on the set of a Bollywood film but Shay's mother didn't approve. Fourteen years later, the couple are expecting their first child but will it bring Shay and her estranged mum together?

Gemma and Ashley
Former wild child Ashley, 35, is determined to right the wrongs he faced in his own childhood with a family of his own. He and Gemma, 30, are expecting their fourth child together. 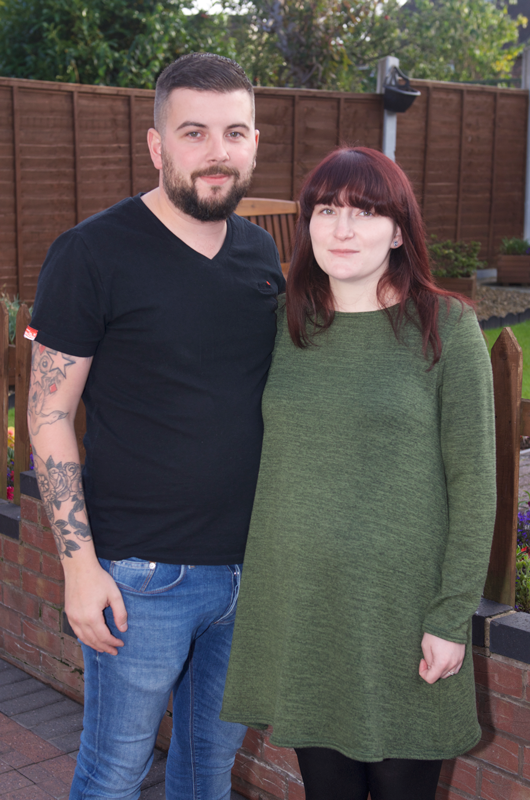 Amy, 23, met Ben, 29, in a car park at work. Within three months of getting together she was pregnant. Ben has been suffering from sympathy pains and cravings but knows he has to ‘man up’ for the birth – the question is, can he? 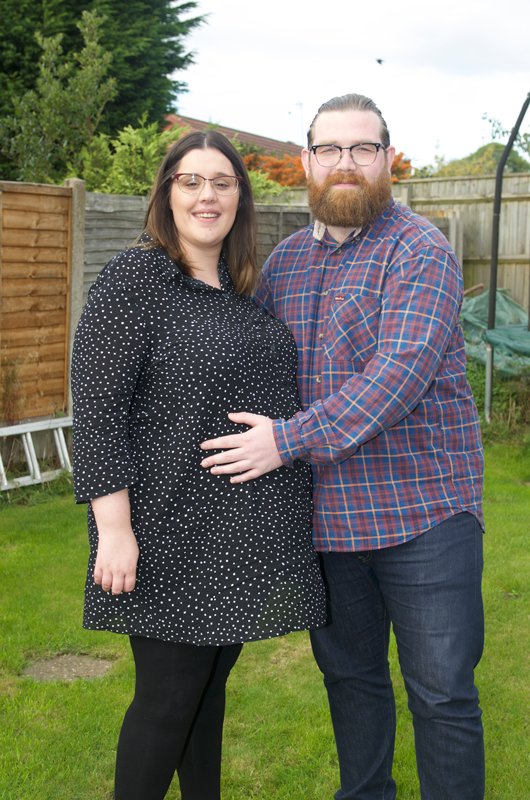 Primary school teacher Katie, 29, was undeterred that Sam, 28, was her brother's best-friend when she fell for his impressive, manly beard. After losing their first son at just 8 weeks old, their difficult journey towards having another child has brought them closer together. The came to our Women’s Hospital to welcome their new baby, determined to look to the future without forgetting the past. 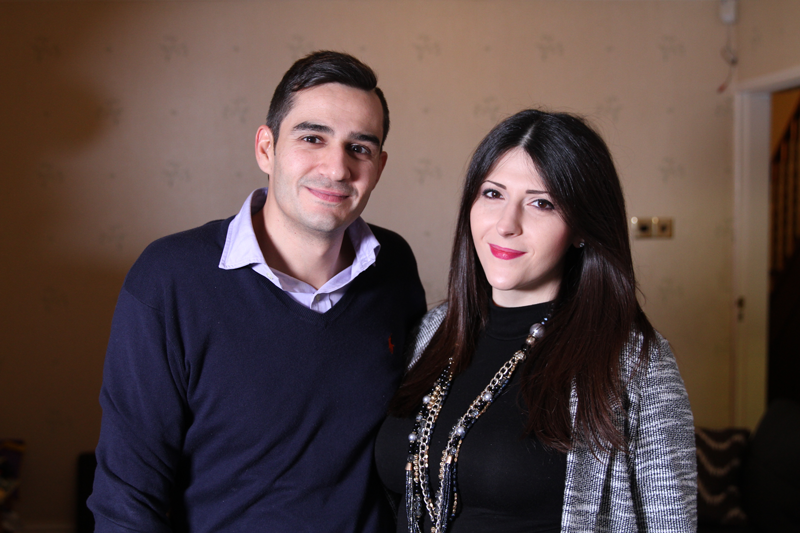 Ambitious young doctors Nikoletta, 34, and Andreas, 31, were concentrating on their careers when a chance meeting evolved into a whirlwind, long-distance romance. Now they’re expecting their first child and Andreas is determined to be at Nikoletta's side as a father and not a doctor. But will his medical training prove too great a temptation during labour?

To catch up on episode two of the series, head over to the All 4 website.

When 25-year-old Samantha met military man Tony, 29, love blossomed. Having had leukaemia as a child, she struggled to conceive and heartbreakingly lost their first daughter at 25 weeks. Hoping to welcome a new baby into the world, but, with Samantha’s complicated medical history, the birth won’t be without its challenges.

It took a while for 44-year-old Rav to win over 33-year-old Sharon’s disapproving relatives, but he’s a family favourite now. Sharon had a very quick labour with their first daughter, this time around Sharon’s sister wants to be a birthing partner - but will she make it in time?

Rhiana, 26, and Lee, 30, have known each other since childhood. It was only when he stopped being a bad boy that they finally got together. They’re expecting their second son and are hoping for another textbook water birth again, but when it comes to having a baby, nothing ever goes to plan.

To catch up on episode one of the series, head over to the All 4 website.