Meet some of our brave patients

Meet some of our brave patients 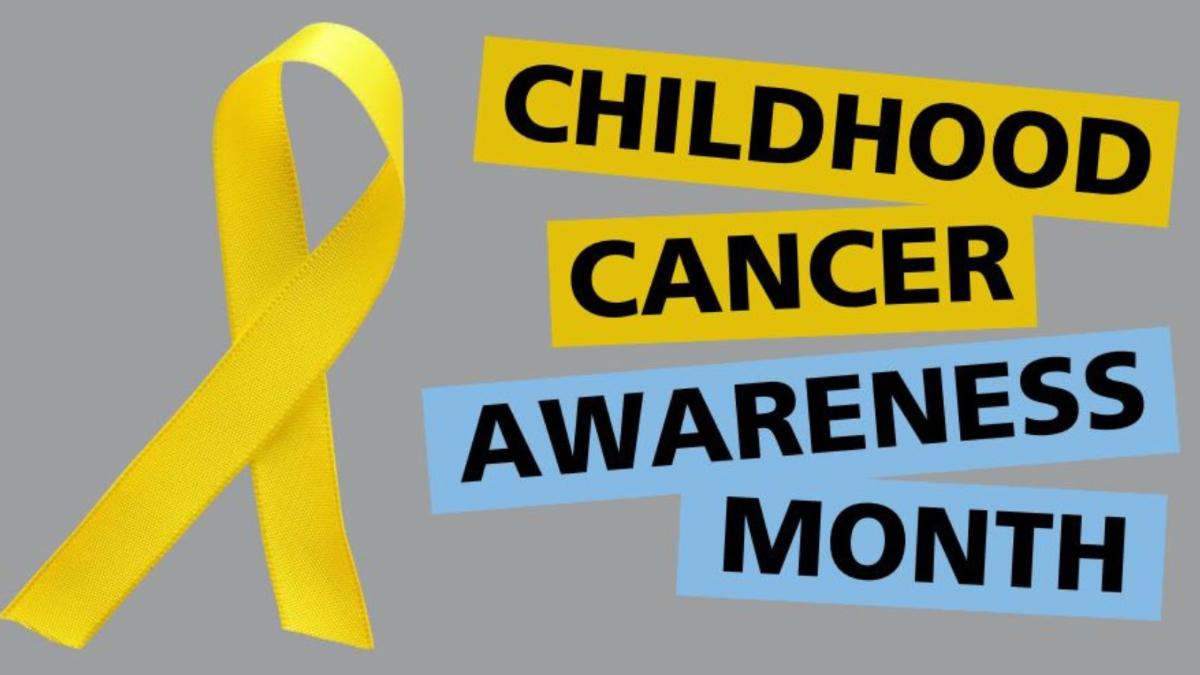 September is Childhood Cancer Awareness Month and we have spent the month meeting some of the teams and individuals on our oncology and haematology departments. From the therapy they give to the special moments they share; our consultants are nationally and internationally recognised as leaders in the treatment and research of childhood cancer.

Our state-of-the-art oncology and haematology centre based in Waterfall House at our Children’s Hospital welcomes over 1,100 patients every month in need of support and clinical treatment. We spoke with three patients currently receiving treatment at one of our outpatient clinics to hear about their experience. 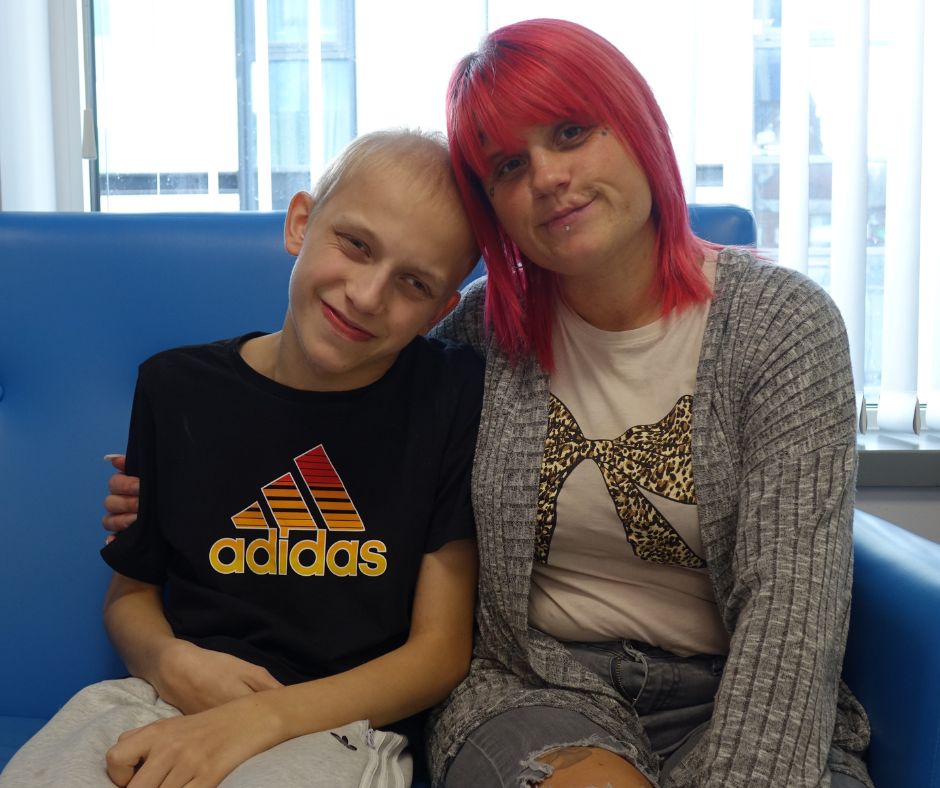 Star Wars fan David,13, was first diagnosed with a brain tumour when he was just five-years old. Sadly, as he has grown so has his tumour and due to where it is, on the main stem of his brain the decision was taken to start a course of treatment.

David’s mum, Michelle, described how she felt on hearing his diagnosis. She said: “I’ve had two other children go through the same thing, but it was still scary knowing that if the treatment doesn’t work, what the possibilities and chances of him surviving are.”

David, who also has epilepsy, is currently receiving regular chemotherapy sessions at our Children’s Hospital. Michelle said: “David’s doing really well all things considered, all the staff have been amazing and we honestly cannot fault them.”

Across the room from David, we meet Scarlett, also 13, from Chelmsley Wood. Scarlett has been coming into the Children’s Hospital for the past four months for treatment for leukaemia with which she was diagnosed aged twelve. Originally, a different hospital had tried to diagnose Scarlett with anaemia before discovering she had leukaemia. 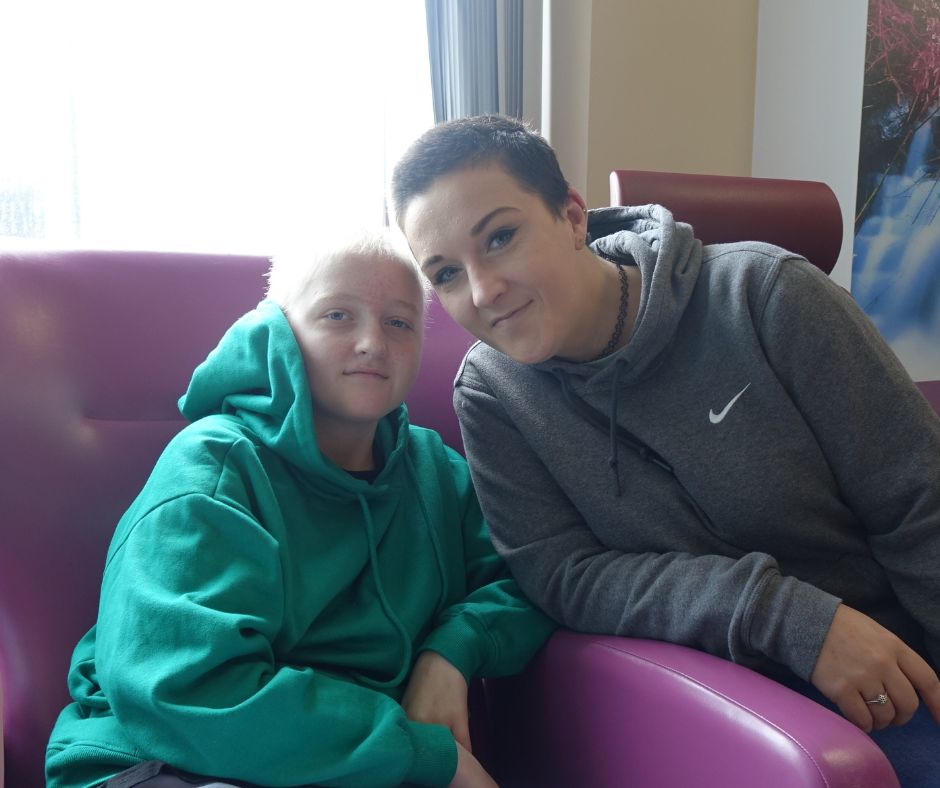 Prior to her diagnosis, Scarlett was an active swimmer and runner and had always been fit and healthy. Scarlett described how the illness has affected her day-to-day life. She said: “I have less energy now and it is a lot more difficult to do the things I used to do.”

Scarlett first came to the Children’s Hospital for two weeks inpatient care and has been coming back for regular treatment since being discharged into the care of our outpatient clinic. Scarlett’s treatment is expected to last two and half years and will involve chemotherapy, lumbar punctures, bone marrow transplants, blood and platelet transfusions.

Scarlett’s mum, Natalie said: “All of the oncology day care team are absolutely fantastic and are so good with the kids. Chantel, Tom and Josh, in particular are fantastic and I couldn’t have got through half of this without their support.”

Isaac has been under the care of BCH since he was diagnosed with a brain tumour in 2017. His initial treatment came in the form of a craniotomy, a delicate procedure to remove the tumour but due to the tumour’s location on his cerebellum it was not possible to remove the whole thing. A biopsy was taken during the surgery which revealed that Isaac had a pilocytic astrocytoma which was then treated with an 18-month course of chemotherapy. 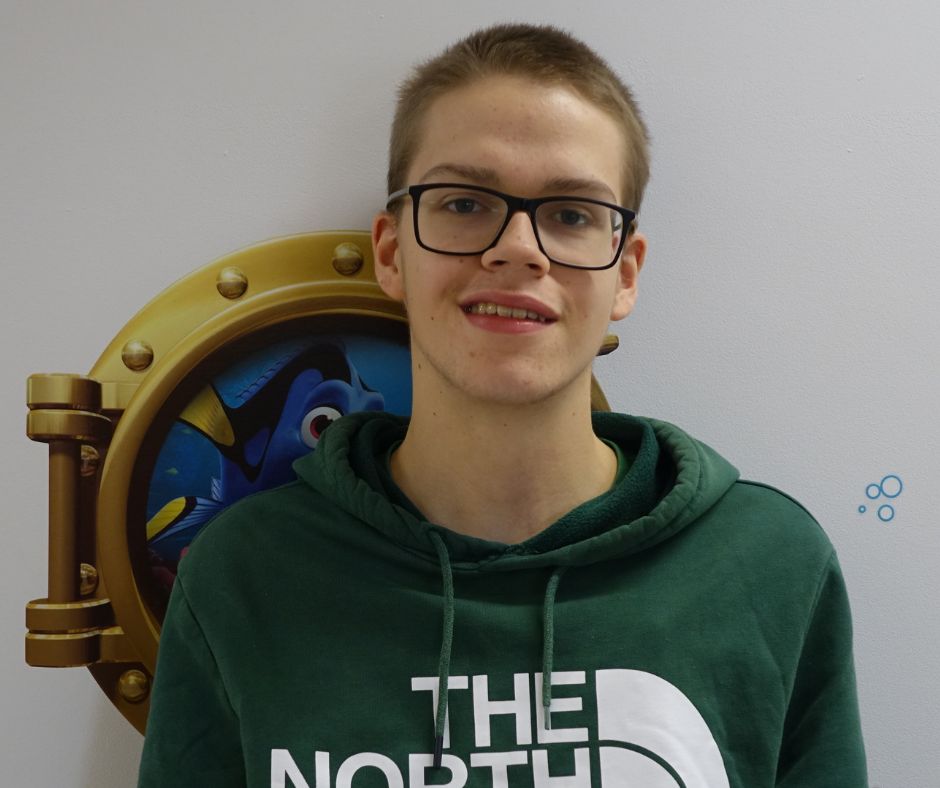 Following the treatment, it was hoped that it was the type of tumour that would stop growing after puberty and Isaac did stabilise for a while but further monitoring showed that the tumour was starting to grow again so in January of this year, Isaac began another 18-months of chemotherapy to hopefully stop the tumour in its tracks.

Isaac, 17, said: “It hasn’t particularly affected my day-to-day life but it’s always in the back of my mind, just thinking I’ve got it in there. There are times where I stop and think, this is not great and it kind of sucks but I just try to move on with things but sometimes that’s a bit harder to do, especially when I know I have a chemo appointment coming up. When you have chemo every week it becomes really hard because you feel tired all the time, you struggle to walk even just a little bit, it makes you feel sick and it affects your taste. Nothing tastes how it should, food tastes bland and it’s not very nice.”

Over the last two years, Isaac has also been a member of the youth advisory group for the Teenage Cancer Trust which is a group of individuals all going through cancer and brain tumour diagnosis during their teens. They help the TCT to arrange events and meetings for members all across the country with all members unified by this one common bond that they have had in their lives.

We would like to take this opportunity to thank David, Scarlett and Isaac for speaking with us and we wish them all the best with their treatment for the future.