Erin, big brother of six younger siblings suffered a serious head injury after accidentally falling down a steep hill at a local country park. We caught up with him and his family from Shrewsbury about their his recovery from the injury that caused ‘expressive aphasia,’ a partial loss of the ability to speak and write, also known as ‘Broca’s Aphasia.’

On 12 August , the family of eight decided to visit a hill-side play area for a family birthday, where twelve-year-old Erin fell backwards down a steep hill, hitting his head and knocking himself unconscious. Erin was bleeding excessively, his skull was fractured and was in need of urgent medical care. It was looking more and more likely that Erin wouldn’t regain consciousness as the time passed. Parents Ditty and Gabriel rushed to their son’s aid, frantically dialing 999 to get Erin to safety as soon as possible. Thankfully, a group of good Samaritans passing by saw the incident and were able to support the family during this terrifying time.

They were able to minimise the bleeding and ensure Erin wasn’t moved unnecessarily before medical support was at the scene. If someone takes a serious fall, it is important to avoid moving the person injured as this has the potential to cause permanent spinal damage. 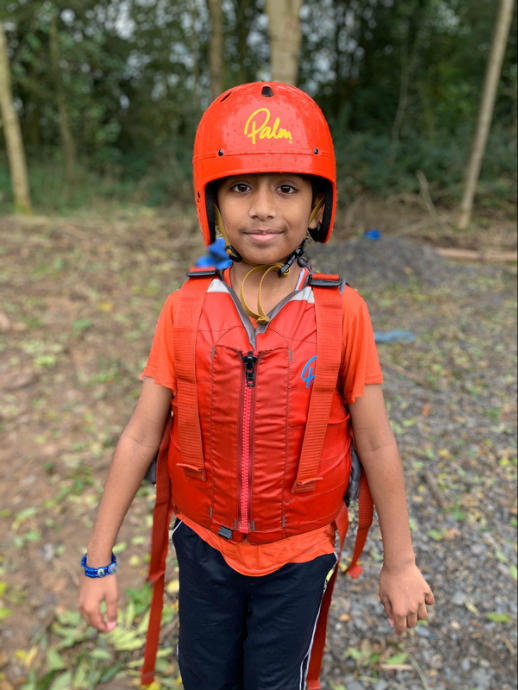 Ditty and Gabriel were told that an air ambulance was on the way to their location, ready with paramedics to safely move Erin without him sustaining further injury. Within moments, the air ambulance arrived at the scene to transport Erin to our Birmingham Children’s Hospital and within 15 minutes, the family landed at our Children’s Hospital Helipad, Erin being later admitted to our Neurology Unit.

Ditty, Erin’s mom said: “I was absolutely terrified – I had my Bible with me on the helicopter, I was praying and praying that Erin would be okay. I don’t know what would have happened if the people who helped him at the play area, the paramedics on the air ambulance and the doctors and nurses at the Children’s Hospital weren’t around to help him. It was a miracle.”

When Erin arrived at our Children’s Hospital, he was quickly placed on a ventilator to support his breathing for almost five hours from around 11.30am until 4pm. Nurses and doctors would check Erin repeatedly to see if they could bring him around. Before this, Erin was taken for a scan where consultants found that Erin had fractured his skull during the fall and had scratched the left-side of his brain.

Erin stayed the night at our Children’s Hospital on Ward 10 and was taken home the following day as he regained consciousness, however, consultants shared with Ditty and Gabriel that Erin’s injury would progressively worsen with age as his brain would begin to grow. The scratch on his brain would deepen causing serious health complications later down the line, meaning that Erin would need surgical intervention to stop his aphasia from progressing.

On 26 August, Ditty received the call that there was availability for Erin to have his surgery at our theatres where Erin would later undergo a two-hour operation to remove the trauma damage to the side of his brain.

“We had to repair his skull fracture only after the brain swelling had subsided to avoid a second injury to the brain. Fortunately, this strategy worked very well for Erin who fully recovered from his aphasia.”

With the surgery being a success from a clinical and cosmetic point of view and Erin making a full recovery, he spent the next month away from school to heal from the procedure. In three months' time, big brother Erin can go back to playing football with his school friends now that he has fully recovered from his aphasia. 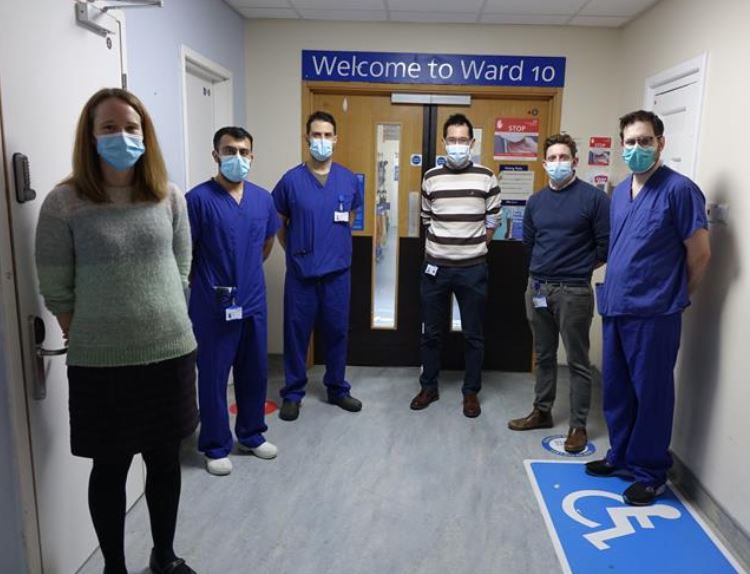 We’d like to say a big thank you to Ditty and Gabriel for taking the time to speak with us about their son’s journey along with Mr Pasquale Gallo, our Consultant Neurosurgeon and the Neurology team at Ward 10.