Today is World Cancer Day and 14 year old Blake Smith is celebrating it in the best way possible – he is ringing the bell.

Young Blake was diagnosed with a femoral sarcoma in October 2019. In the summer of 2019 Blake was an alethic teenage boy with a passion for football which he was scouted for his skills by Leicester Football Club. Unfortunately Blake started having severe pain in his left leg to the point he could no longer walk. After multiple trips to A&E he was referred to outpatients where he received X-rays and MRI’s that confirmed his diagnosis.

In October 2019 Blake was refereed to Royal National Orthopaedic Hospital in Greater London so they could assess what could be done with his femoral sarcoma. Then in November 2019 Blake started Chemotherapy at our Birmingham Children’s Hospital.

Then at the start of last year Blake went back down to Greater London to remove his femur bone and replace it with metal rods. Unfortunately the surgery came with its complications and infections that resulted in young Blake having to have another two further surgeries within the space of just two months.

After the removal of the tumour and recovery from his multiple surgeries Blake also finished his chemo in August 2020 and then went onto start his Mepact treatment which helps lower the risk of the cancer returning.

After 14 months of intensive treatment and multiple surgeries today Blake finished his final session of Mepact and is ringing the bell.

Blake will still have to come back for check-up appointments and will need his port line removed but we are so proud of him! 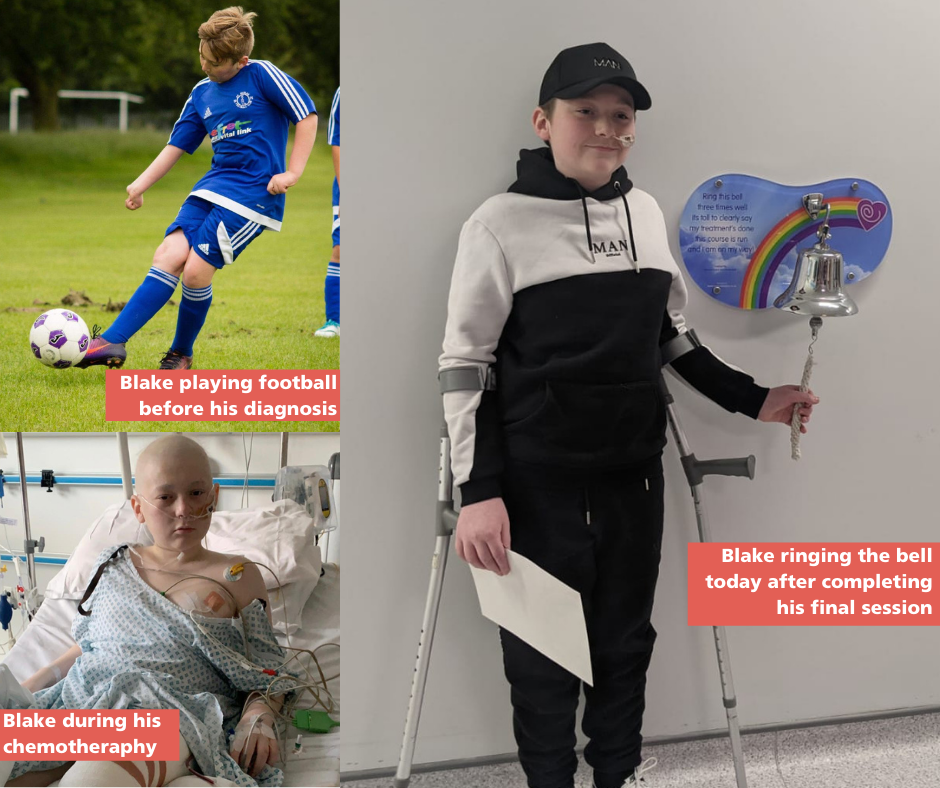