We’re amazingly proud to share news that a group of our brilliant colleagues have been voted the ‘Best Team’ at The Sun’s Who Cares Wins Awards after they supported the evacuation of young cancer patients from Ukraine to continue their life-saving treatment in the UK.

The children were being treated in Ukrainian hospitals when Russia invaded and had already endured a traumatic journey across the border to Poland. Within 72 hours of receiving a call-out for support, the team from our Children's Hospital, which included a Consultant Paediatric Oncologist, Play Specialists and Interpreters, joined colleagues from Southampton Children’s Hospital, on a specially chartered flight.

The team were tasked with transporting the children and their families safely back to the UK, where colleagues from our Trust, led by Dr Fiona Reynolds, Chief Medical Officer, were waiting to triage the patients. They identified what their needs were upon arrival, made sure the children and their families could rest, be fed and get washed, before being transferred to children’s cancer units across England.

Now, the colleagues have been recognised for their heroic efforts at The Sun’s star-studded #WhoCaresWins Awards ceremony, which aired to the nation on Sunday (27 November) on Channel 4.

Watchback the ceremony, hosted by Davina McCall on All 4.

Consultant Paediatric Oncologist, Martin English, Senior Youth Worker, David Baker, and Play Specialist, Emma Hughes, who were all on the flight to Poland, represented the Trust and, along with their colleagues from Southampton, collected their award from footballing heroes David Seaman and Harry Redknapp.

Dr English said: “It is a huge honour to have been even considered for this award and to win it means the world, but there were so many more people who helped to make the mission a success.”

Martin continued: “Many people were involved, but security issues meant that few people knew everything going on. Even so, nurses, doctors, medical records, admin staff, radiology, microbiology and many other disciplines and departments all delivered at incredibly short notice.

“Most importantly, within 24 hours of leaving Poland all the children and their families had reached their final UK destinations and could restart their treatment pathways.”

We’re incredibly proud of the team, not only for this wonderful recognition of their work but for their brave and heroic actions, which backed by the strength and unity of teams and individuals across the Trust, will have made such a difference to so many lives at such difficult time. 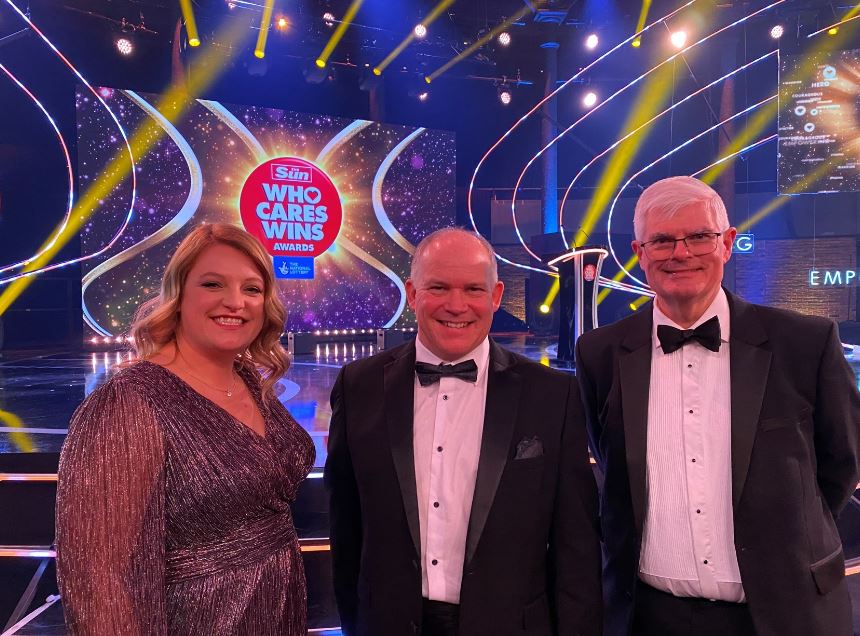