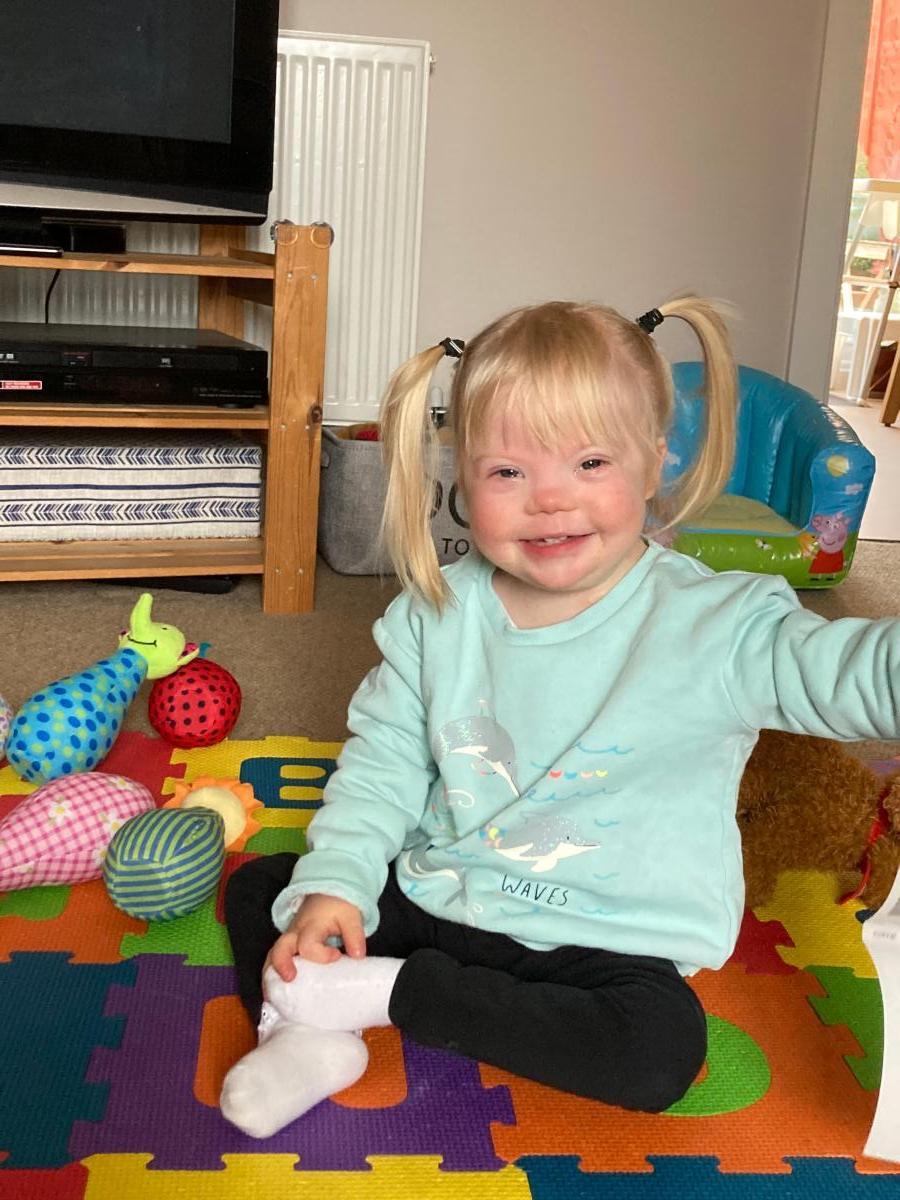 Pupils from a Black Country school have been busy making heart-themed gifts to raise money for the Children’s Hospital ward that cared for their teacher’s daughter.

Fran Gray is a teacher at the Royal School in Wolverhampton and her three year-old daughter, Darcy, has been treated on Ward 11 and Ward 12 at Birmingham Children’s Hospital (BCH) for her heart condition.

While Fran was pregnant, Darcy was diagnosed with Down Syndrome, making her more susceptible to such conditions, and at birth it was found she had Atrioventricular Septal Defect (AVSD) meaning there are holes between the chambers of the right and left sides of the heart.

Fran said: “My consultant was aware that about 50 per cent of children with Down Syndrome have heart conditions, so he was looking out for it and then at about 20 weeks he spotted what he thought was a hole in her heart. 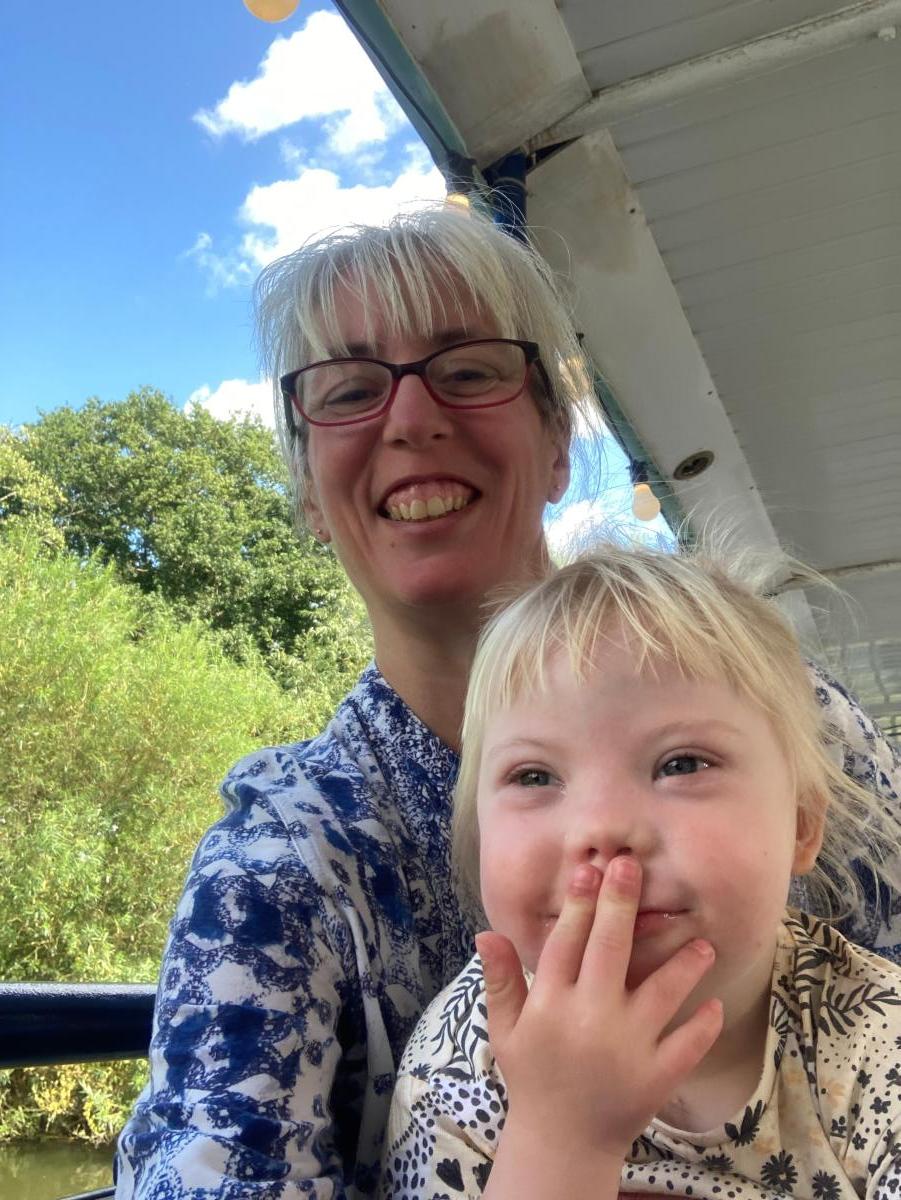 “So he referred us to Birmingham Women's Hospital where we saw the cardiology team who were attached to Birmingham Children's Hospital. And they confirmed that, yes, she definitely had AVSD and it would require surgery.”

To date, Darcy has had two surgeries, one to repair the holes in her heart and one to treat subaortic stenosis, a narrowing of the area underneath the aortic valve, which was caused by scar tissue from the original surgery. She will be due a third operation soon to clear the scar tissue which is causing the narrowing to reoccur.

Fran, from Cannock, said: “Darcy has always got a big smile on her face. It doesn't matter what she's going through and you know she has had it hard through her little life so far.

“The staff are absolutely amazing. When she was having the first surgery she was so tiny. She was less than five kilos when they operated on her. So, to think how tiny her heart was at that stage and the amazing job that they did in repairing this tiny little heart and keeping her safe well, there is nothing that was too much trouble for them.

“She had what they call a Chyle leak, which is a rare side effect of the surgery where the lymphatic vessels become damaged. The nurse taking care of her at the time spotted this as it causes a slight discoloration in the chest drain. But she knew that there was something that was wrong and so sent it away to get it checked, because otherwise it might not have been picked up. They’re really on the ball and caring, they know us by name, and have offered us tea when we’ve had to wait in appointments.” 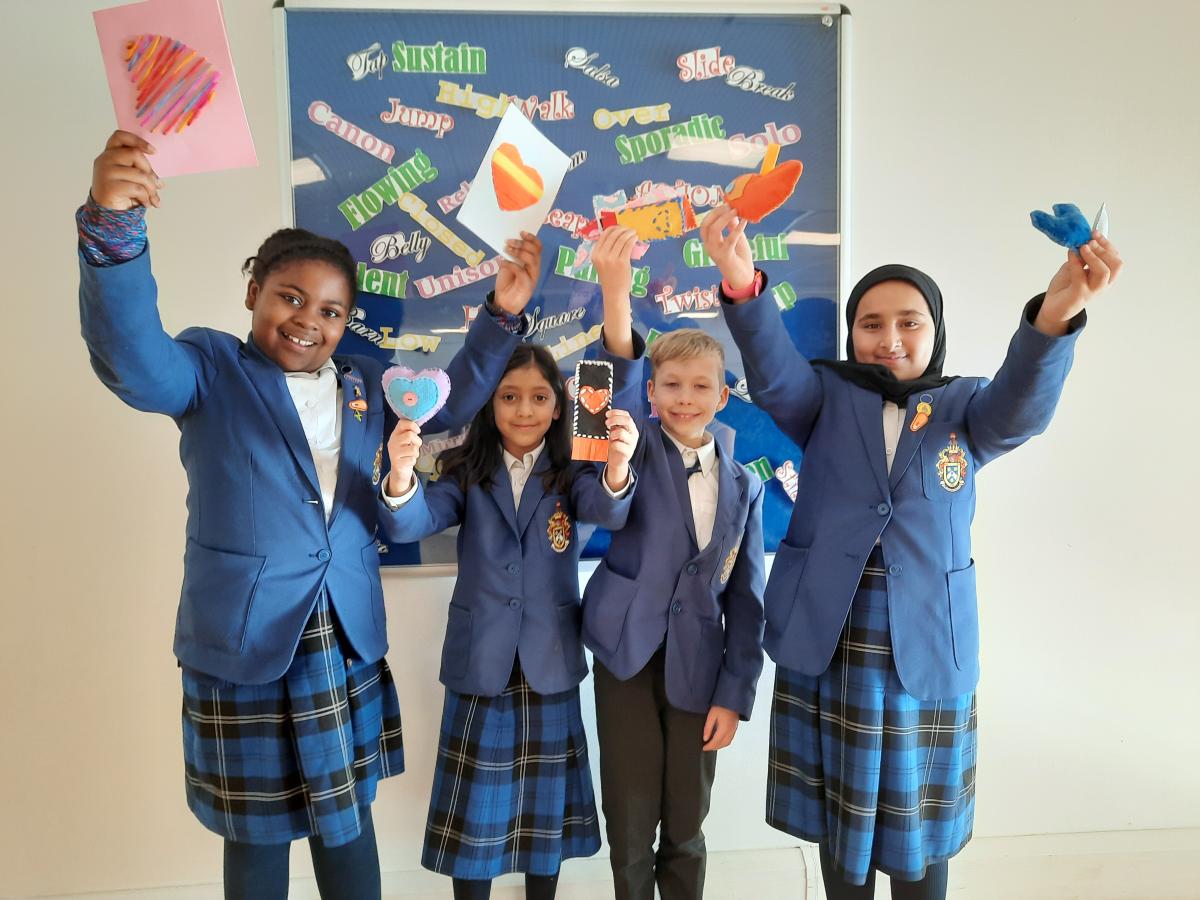 After hearing Darcy’s story and studying the circulatory system in school, pupils in Year Six at the Royal made heart themed cards, bookmarks and cushions, with the money raised going to Young at Heart, a charity which supports children and families with heart conditions at BCH. Their kind support has enabled the purchase of equipment for families and it runs support groups and events for patient’s families.

Fran said: “They mentioned that they were making the bookmarks and the cushions and things as part of their blood heart topic and that they were going to raise money for a charity, so I mentioned the Young at Heart, which I only found out about after Darcy had her first surgery.

“The charity really helped. It's just nice to know that there's people there who are going through the same thing as you or similar things to you. And they get it. They understand how you feel.”

One of the students, Iqra, said: “We heard from Miss Gray about Darcy. She said that the charity makes her feel comfortable to talk to other parents about it, so this gave us the idea to make things to raise money for them.”

Year Six teacher, Sarah McMahon, said: “We like to look for an opportunity for the pupils to express their learning at the end of the topic and this represented something the children felt really close to and allowed them to raise money for a charity.

“The children have made all of the cards, bookmarks and hearts themselves, and not one of them has asked to keep their own, they’ve donated them all to the sale, with some even making extras at home. We’re really proud of Year Six for their commitment to raising money for a great cause.”

As well as their sale, the class received a talk from one of the BCH’s Cardiology consultants, Dr Anthony Assing, to give them an insight into how the heart works and his role in the hospital.

Find out more about Young at Heart here: https://www.youngatheart.org.uk/