Posted Tuesday, 3 May 2022 by Katie Goodyear 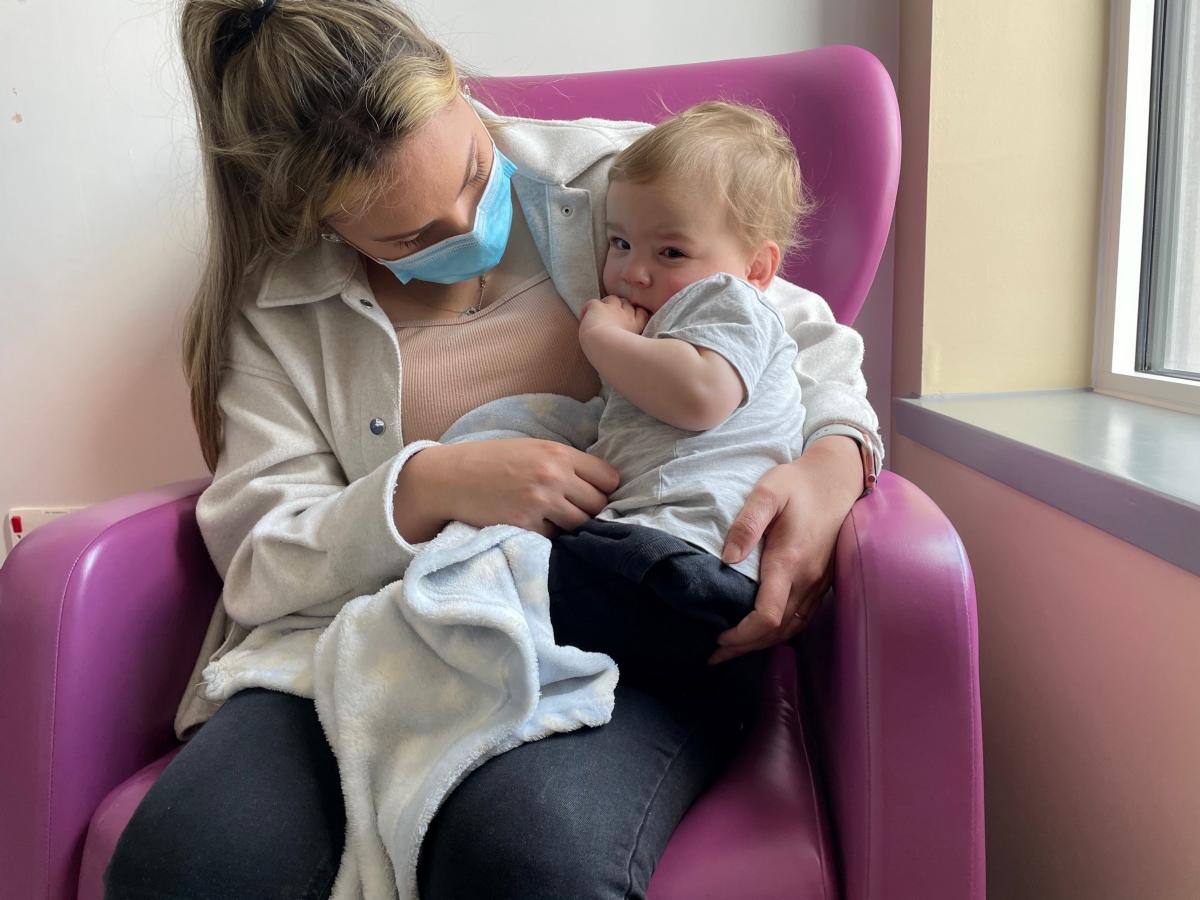 Experts from our Trust have developed a life-saving test that allows doctors to spot a rare form of eye cancer in babies in the womb.

The test, which is being rolled out by the NHS in England this week, means that babies identified as being at risk of developing retinoblastoma can be monitored and treated sooner – increasing the chance of saving their eyesight and potentially their lives.

Symptoms of retinoblastoma are hard to detect and a diagnosis can normally only be made once the tumour has progressed and the eye can’t be saved.

The new non-invasive test can detect changes in the genes in DNA and is likely to identify around 50 infants with retinoblastoma each year, in the latest example of the NHS harnessing the power of genomics to diagnose and treat patients faster and more effectively.

Non-Invasive Prenatal Diagnosis (NIPD) also means parents can be informed early in pregnancy if their child is at risk.

The blood sample test is taken from the mother before birth and tested and analysed for mutations, which can determine with almost 100% accuracy if the baby will develop retinoblastoma.

Treatment can then start on the affected eye as soon as the baby is born, with doctors closely monitoring the other eye for any signs. The test can also predict if the disease might develop in their siblings and will be offered to families where there is a confirmed case of retinoblastoma in the family.

On top of the cutting-edge new test, Dr Trevor Cole and Dr Amy Gerrish, who have been part of our specialist retinoblastoma service, is also developing a non-invasive post-natal cancer test for retinoblastoma patients using eye fluid – which can also identify if a patient is at risk from other cancers later in life. It’s hoped that in the future, this could be eventually done by a simple blood test.

“We also believe it will help address the huge discrepancy in retinoblastoma outcome for individuals in high income and low and middle income countries which has been highlighted by the World Health Organisation (WHO)”.

NHS Chief Executive Amanda Pritchard said: “The introduction of this pioneering new test is fantastic news for babies and their parents and has the potential to save hundreds of lives over the coming years.

“Cancer is such a terrible illness and a baby being born with it can have a huge impact on parents and families during what should be an incredibly happy time, but backed by world-class innovation and services like the NHS Genomic Medicine Service, through the Long Term Plan the NHS is developing and delivering more cutting edge treatments like this one to help save lives and keep families together”.

Mum Siani Bainbridge, 22, from County Durham, had retinoblastoma herself as a child and feared her baby boy, Oscar, might carry a faulty gene known as RB1 which causes the potentially deadly cancer.

But she was relieved when she took part in a new trailblazing test, where doctors were able to spot the previously hard-to-detect disease and allay her concerns with a programme of treatment straight after his birth.

Siani said: “This took away a lot of stress, knowing that if there was going to be anything wrong then he would be helped straight away.

“Given that the tumours were quite severe when he was born, the fact he could be treated straight away definitely affected his outcome. It was nice to know the day he was diagnosed it was ready, set go”.

Just a week after being born, Oscar started his cancer treatment, which involved chemotherapy and then laser therapy.

While doctors could not save the sight in one eye, they did avoid having his eyeball removed and crucially, he kept his perfect sight in the other eye – as well as avoiding the disease potentially spreading to the brain.

Consultant Clinical Scientist Stephanie Allen, Consultant clinical scientist at our Women’s Hospital, said: “An early diagnosis will allow clinicians to manage, monitor and prepare treatments much earlier which can transform the prognosis for the baby.

“It will also give the family certainty and allow them to prepare for the birth knowing the support the clinical team will give them”.

The NIPD is one of more than 15 new tests and amendments being added to the National Genomic Test Directory (NGTD), which outlines the genomic tests available via the NHS in England through the NHS Genomic Medicine Service (GMS).

The directory, which is the only one of its kind, covers more than 3000 rare diseases and over 200 types of cancer – demonstrating how the NHS is a world leader in harnessing the benefits of genomics, the study of the genes in our DNA and their function, to deliver better patient care.

Among the other additions to the directory are tests for gene mutations that cause forms of breast and endometrial cancer, acute myeloid leukaemia and several rare diseases. A genetic test for a particular type of advanced lung cancer has had a matching treatment recently approved by The National Institute for Health and Care Excellence (NICE), meaning more effective treatment for patients.

Professor Dame Sue Hill, Chief Scientific Officer and Senior Responsible Officer for Genomics in NHS England said: “This new test is a perfect example of how the NHS Genomic Medicine Service is harnessing cutting-edge technology to deliver genomic tests for cancers like this and many other conditions through the National Genomic Test Directory – meaning more comprehensive and earlier diagnoses and more targeted treatments sooner for all our patients”.

Patrick Tonks, Chief Executive of The Childhood Eye Cancer Trust (CHECT): “Any developments such as this new diagnostic test which has the potential to allow treatment to be started much sooner and therefore the real potential to improve patient outcomes is very exciting news for babies and for the families of anyone affected by retinoblastoma. We watch with interest as this new development is rolled out across the country”.

Health and Social Care Secretary Sajid Javid said: “Despite the unprecedented pressure put on the NHS because of the pandemic it is incredible to see continued life-saving innovation taking place, enhancing cancer care and diagnosis even before birth.

“Early diagnosis is vital to ensure these babies are given every opportunity to see, and the best chance of survival. New tests such as these will help clear the COVID backlog, ensuring patients are seen at the right time and provided the right care.

”Our 10-Year Cancer Plan will set out how we will lead Europe in cancer care, improving outcomes for patients across England”.