How do you replace an MRI scanner that weighs as much as an elephant? | News

Our Vital Services (VS) team have to solve many a logistical problem but when tasked with facilitating the replacement of one of our MRI scanners at our Children’s Hospital, which weighs as much as an African Bull Elephant, they really had a challenge on their hands.

This hugely demanding project began this summer and required the removal of an external first floor wall and real teamwork involving our VS and clinical colleagues, along with our external contractors, to successfully complete the work on schedule. 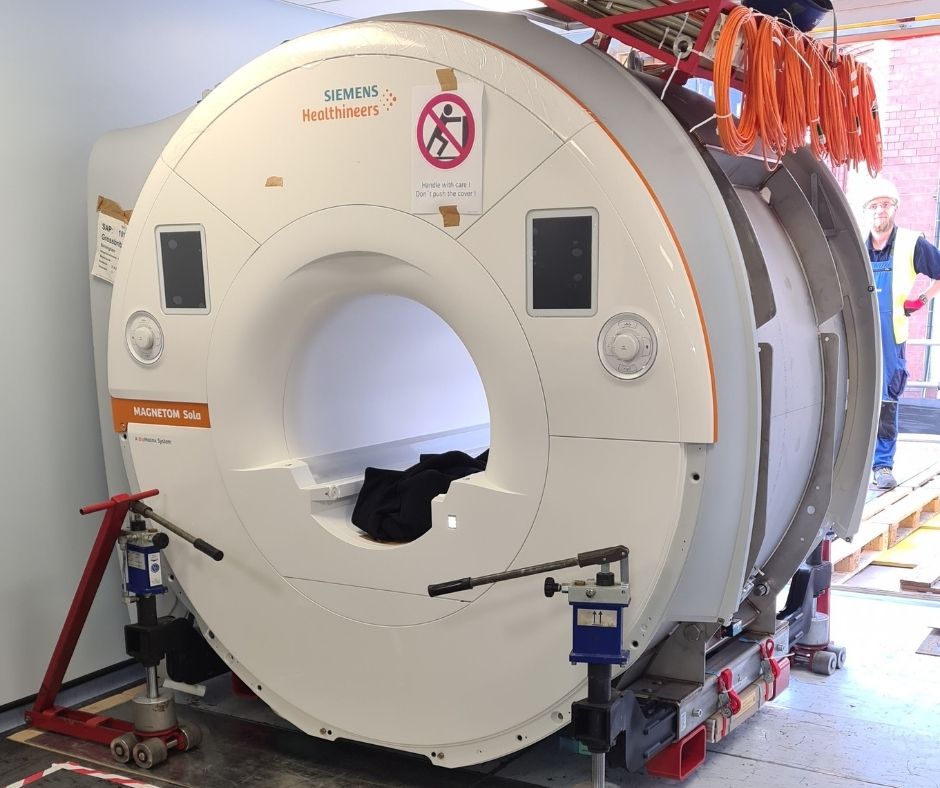 The MRI scanner is one of two vital pieces of equipment on our city centre site that uses strong magnetic fields and radio waves to produce detailed images of inside a patient’s body. To ensure we were able to continue to offer the levels of care to our children, young people and families a mobile MRI unit was situated nearby in Loveday Street and remained in operation the duration of the works while the old machine was shut down and upgraded.

By far the biggest challenge was the removal of the old MRI scanner. Due to its size and weight of the only way to get it out of the building was to take down a section of the external wall of the first floor room, which required scaffolding to be erected. A dedicated team and a crane were then needed to lift out the old equipment and replace it with the new unit, which was a bit heavy – it weighs five tonnes!

Fortunately our building had been designed to allow for this but it was still a very technically challenging operation that took place over the course of two weekends.

Our second scanner was still live during all of the works so special precautions had to be taken to ensure as little disruption as possible, particularly when patients were being anesthetised in the lobby area just outside of the work site.

Mike Roberts - Senior Capital Project Manager and Barrie O’Hare - Site Manager from our Vital Services team both jointly thanked the Radiology team for their assistance during the works. Barrie said: “This project would not have gone as seamlessly as it did without the input and patience of the Radiology Team. We liaised with the Radiographers on a daily basis to keep them informed of the day to day activities.” 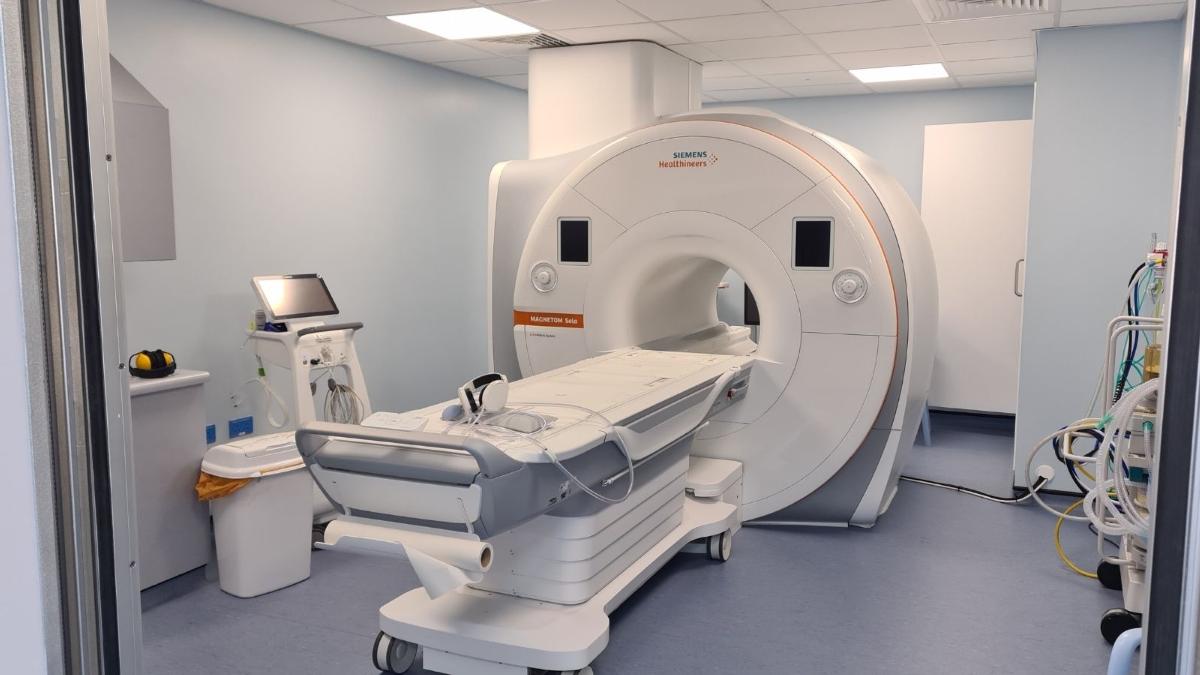 Moira Perrins, Principal Radiographer, praised the team working on the replacement project. She said: “All those on site worked extremely well with us to enable us to continue with our clinical duties with minimal disruption. I can say that this has been the easiest replacement project that I have experienced.”

The refurbishment work was duly completed on schedule and the new MRI equipment, including the installation of new Helium gas chiller equipment on the hospital roof, was commissioned and went live in early October as planned.