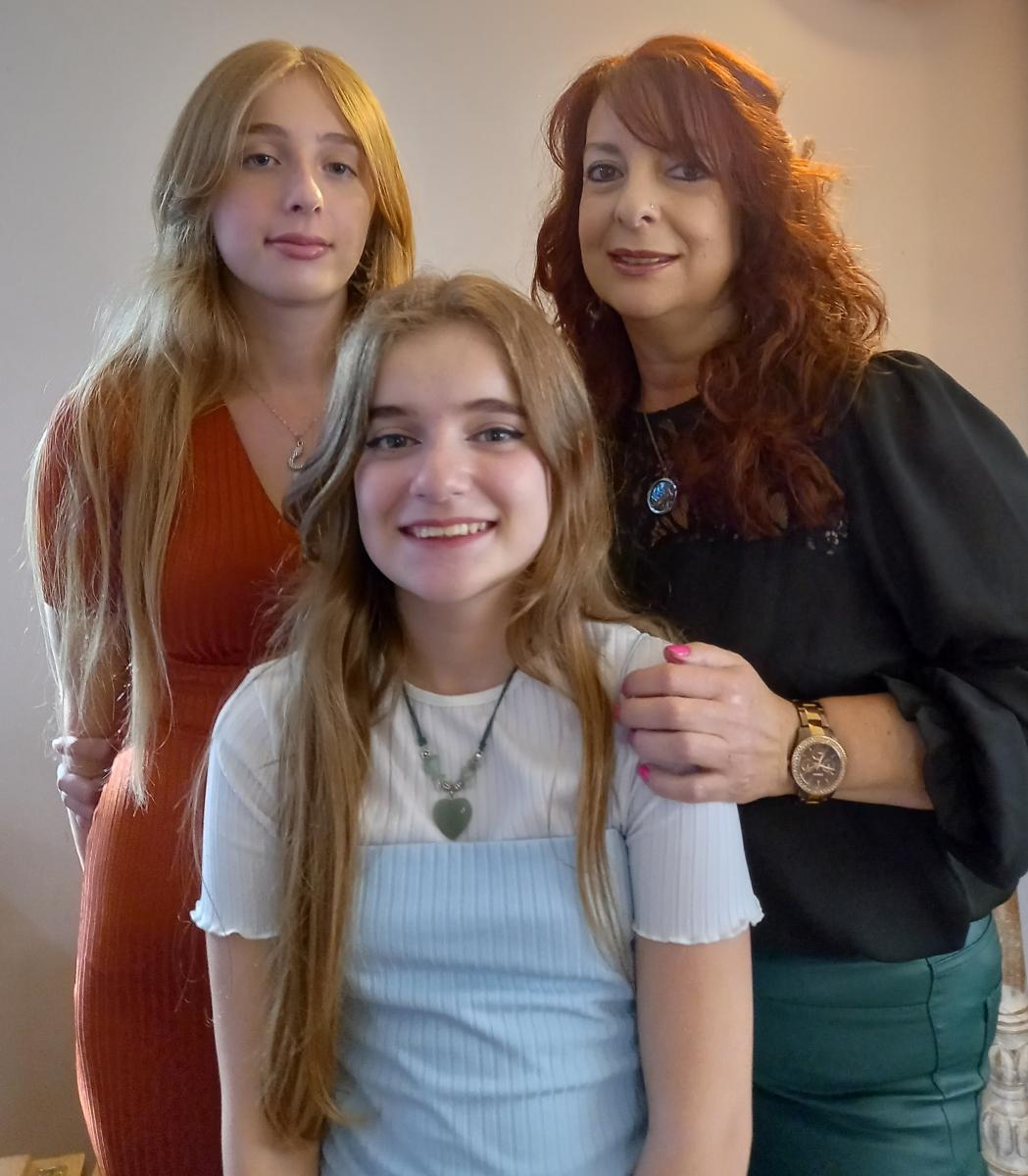 When twins Saskia and Kitty Excell were born, they were diagnosed with Fabry disease, a disorder which causes an enzyme deficiency that if left untreated, can lead to progressive kidney and heart disease.

To mark Fabry awareness month this April, we spoke to the Excell family about their journey living with the condition.

Vicki Excell, Travel Consultant from Norfolk and mum to Saskia and Kitty, said: "Me and my sister were diagnosed with Fabry disease when we were children. It’s an inherited condition, so we knew there was a chance that our children would also have the disease.

Adriana, Saskia and Kitty were diagnosed with the disorder and receive treatment at the specialist centre at our Birmingham Children's Hospital. It is one of only three centres in England that prescribe the treatments for lysosomal storage disorders like Fabry disease.

Saskia (left), 14, said: "It affects me a lot at school, I get tired very easily and makes it difficult to stay focused.”

Twin sister Kitty said: "I also get quite fatigued. We get a lot of pain in our hands and feet too, which can be really distracting."

Fabry disease can cause tingling or burning pains in the hands and feet, especially during physical activity. It can also cause dizziness, gastrointestinal problems, fatigue and intolerance to the heat or the cold.

Mum Vicki said: "It's a hidden disease, so there are few obvious signs that we sometimes struggle. People assume you are fine because you look fine, but you don't necessarily see the symptoms."

Kitty continued: "Saskia and I usually play it off because we don't want to draw attention to ourselves and make a big deal out of it, but really, people should be made aware, and it's important to speak out."

The disorder affects one in 40,000 people and is often only diagnosed in adults. Children who are diagnosed are usually tested from a young age due to their parents also having the condition.

Children with Fabry disease are treated with infusion therapy which replaces the enzymes they do not make naturally. 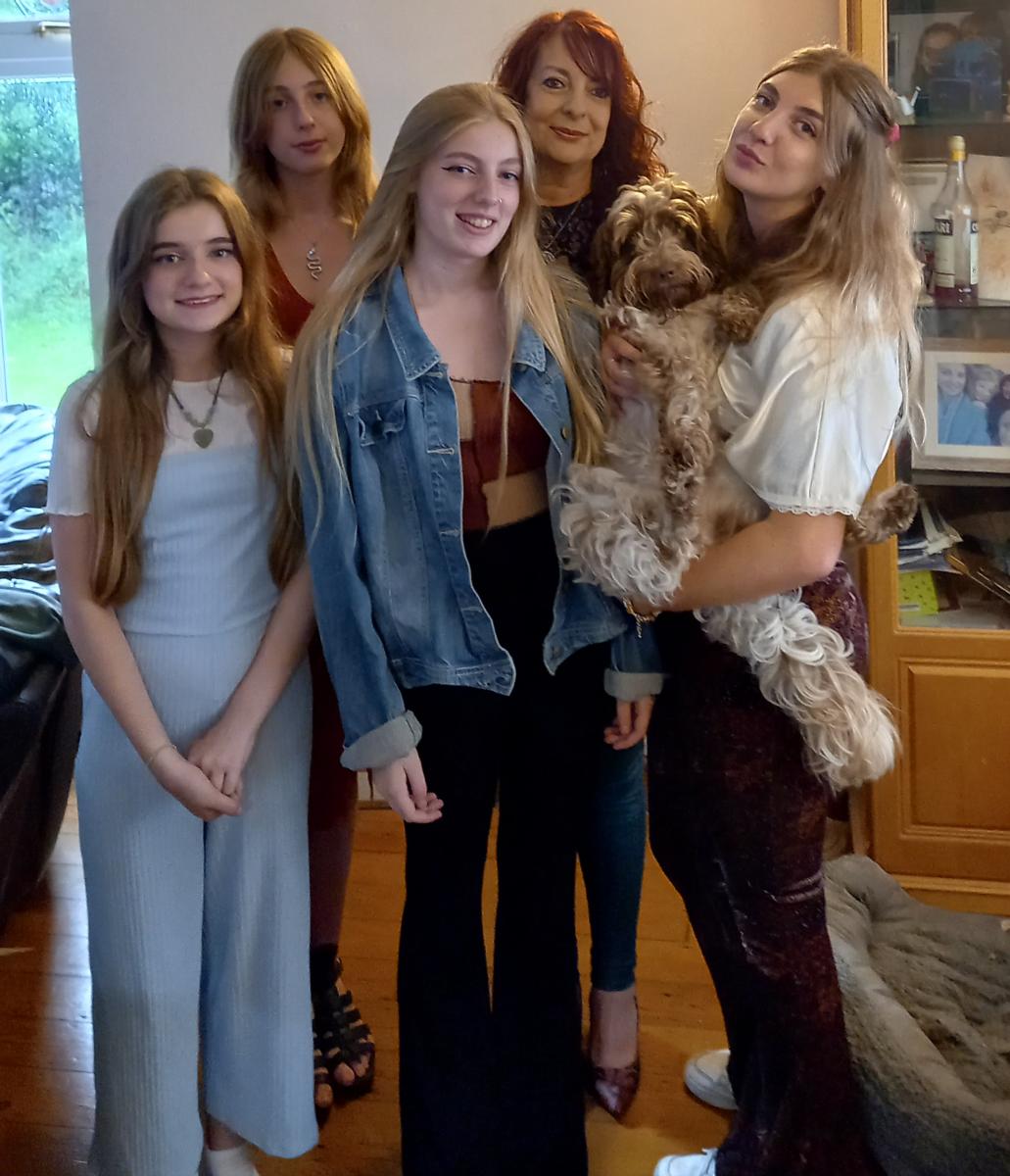 Vicki added: "To any families going through this, all I can say is try to look on the positive side. It can be difficult, but you can get through it with support from your family and the hospital. Catherine Stewart, our Clinical Nurse Specialist at Birmingham Children’s Hospital, has been a fantastic support for us.

"We have good days and bad days, but we are used to it, and it is part of our daily life. It is hard to deal with, but the whole family is there for each other. We're a very arty family and once a month we sit down together and have art therapy days. We try to do things together to support one another.”

Saskia added: "We're so lucky to have our mum and older sister supporting us. Because they have the same condition, they've always been there to help.

“Instead of being afraid, worried, or embarrassed that I have a rare disease, I try to be confident. It's okay to tell people you're suffering from it and help them to understand what you're going through.”

If you would like to know more about Fabry disease, visit the MPS Society webpage: https://www.mpssociety.org.uk/