How one patient benefited form our RAPID monitoring research project

Before Kaleb was born, his parents Kirsty and Shaun Lewis were told their unborn child had just half a heart. 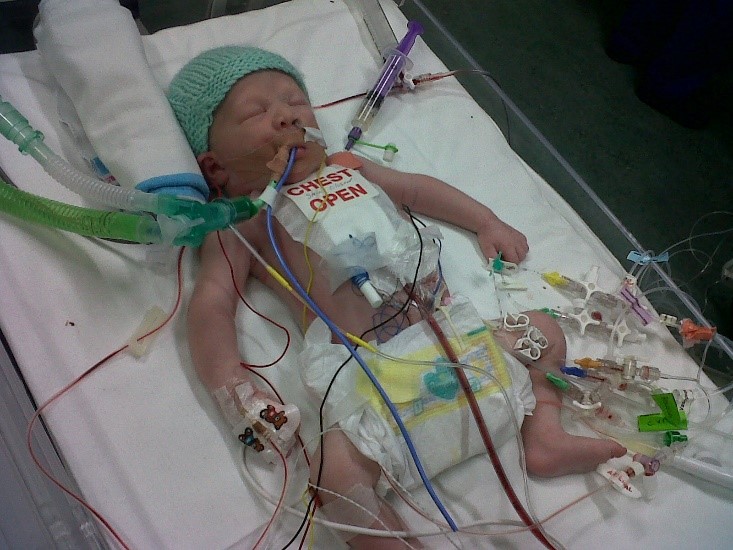 “I didn’t prepare to bring him home,” said Kirsty, aged 37, from Hull. “But I knew I couldn’t terminate the pregnancy. He was so active during my pregnancy that I needed to give him a chance to show just how strong he was.”

Thanks to the skills of a team of doctors and nurses at Birmingham Women’s and Children’s NHS Foundation Trust, Kaleb survived the birth and underwent open heart surgery when he was just minutes old.

Kirsty and Shaun were told their newborn son was unlikely to survive but he miraculously pulled through and despite a string of life-or-death emergencies since he was born, Kaleb has now marked the significant milestone of starting school, which once seemed impossible. 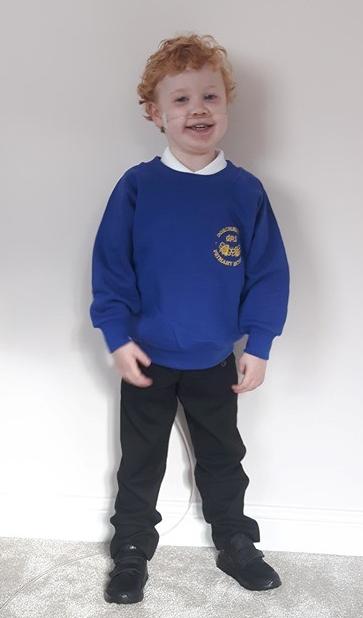 “When I saw him in his uniform, I had to pinch myself,” said Shaun, aged 29. “I just kept thinking to myself, how the hell did we get here? It’s a long way from that first day when he was born in hospital.”

Kaleb, age four, was given just a one-in-five chance of survival after being diagnosed with a severe heart condition before he was born. He had hypoplastic left heart syndrome with an intact atrial septum, which meant he had half a heart and his blood flowed between the normally-separated heart chambers.

He spent the first few months of his life at Birmingham Women’s and Children’s NHS Foundation Trust in a high dependency unit. In January 2015, he was transferred to Leeds General Infirmary for ten days before being admitted to Hull Royal Infirmary and then back to Birmingham.

“When he was just six months old, Kaleb fell really ill and we were told by the doctors and nurses that he just hours to live and that ‘maybe it was time to let him go’. We were devastated but we couldn’t give up on him, he’d fought so hard already.” 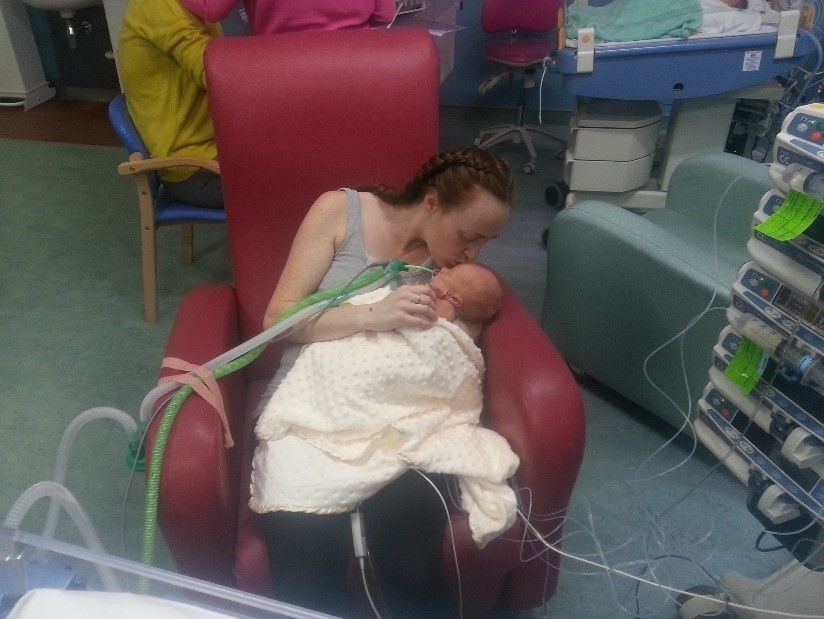 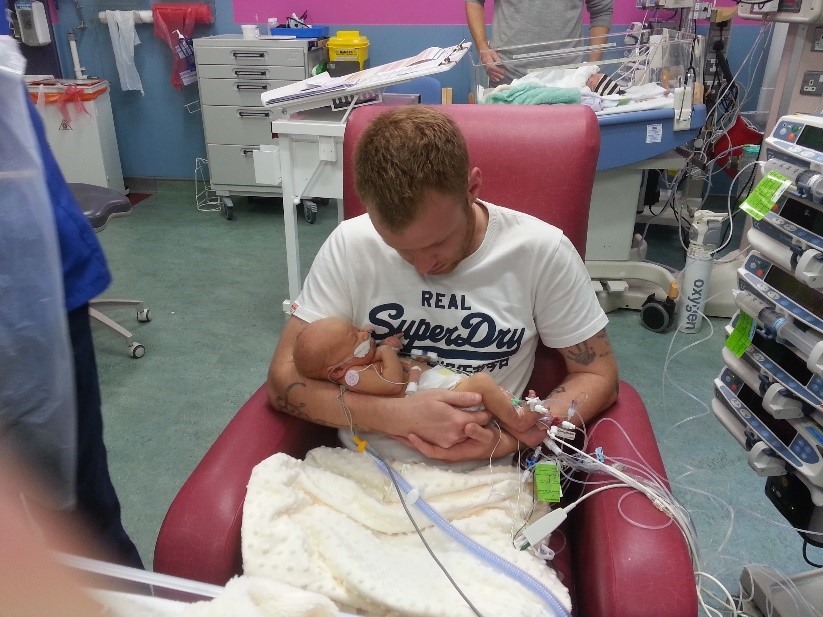 Kaleb thankfully pulled through and the family were given the option to take part in the RAPID (Real-Time Adaptive & Predictive Indicator of Deterioration) Project, a world-leading study using wireless technology developed by UK-based company Isansys Lifecare, to predict deterioration in seriously ill children. Kaleb was one of the first children to be monitored as part of the project.

Kirsty, who has two other children, Kodi, 15, and Korban, eight, said: “Kaleb needed extra monitoring. When he was rushed into intensive care and we were told he had just a couple of hours to live we were devastated. We needed to give him every chance of survival.

“We were told the Patient Status Engine would be able to collect his vital signs including his heart rate, respiration rate and oxygen saturation levels continuously and in real-time. This information would then be used to automatically predict when he was getting poorly. If his health did get worse, the system would provide a warning to both us and the nursing staff so they could act on it immediately.

“There were so many times it picked up deterioration when there were no other signs of Kaleb’s health getting worse. We were new parents and didn’t know the signs to look out for and most of the time he got poorly in between nurse observations, so having the PSE monitoring him was like having an extra pair of eyes watching over him.”

She said Kaleb’s condition was high risk and for 11 months, they never left his side.

“Every moment in the first year of Kaleb’s life it was a matter of life or death,” said Kirsty. “I didn’t want to leave him and it was only when we started the continuous monitoring that Shaun and I could take it in turns to pop across the hospital into town to grab some food or some bits without worrying that something would happen and one of us wouldn’t be there.

“At night it really helped knowing he was being monitored as Shaun and I could take it in turns to sleep by Kaleb’s side so one of us could rest whilst the other could watch the screen at night and see how he was doing. It gave us the comfort we needed that we wouldn’t have had otherwise.

“The nurses on the wards are so busy and by having Kaleb monitored all the time it meant they didn’t have to disturb him so much. They could concentrate on the sickest patients.”

There were times when Kirsty was worried about being seen as an erratic mother if she called a doctor or nurse about Kaleb’s health.

“There were so many times before he was monitored with the PSE I had seen his heart rate soar to 280 beats per minute and then drop again but I could never prove it,” she said. “Now I didn’t have to worry about being an erratic, obsessed mother. If I felt something was wrong, I could look at the PSE and see what his vital signs were doing. Often my feelings mirrored the data. I could then speak to a nurse or doctor and explain what was happening and have the proof to show them. I felt so much more in control.”

After a number of life-threatening illnesses including developing pneumonia, causing his lungs to collapse, and nine major operations Kaleb was finally allowed home in August 2015.

Shaun, who used to work as a builder before Kaleb was born but is also now a full-time carer for his son, said: “We were told to expect the worst when he developed pneumonia, but we took each day as it came and every day he pulled through and got stronger and stronger.” 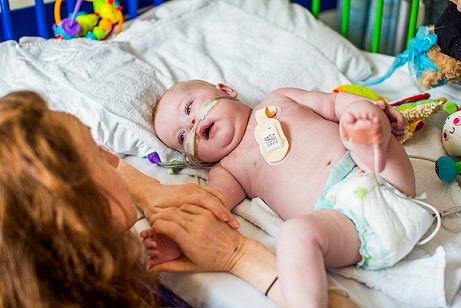 Shaun added: "When Kaleb was born, we prayed every day he would survive. Never in our wildest dreams did we think we’d see him start school or go on holiday. He has proved to us just how strong he is and now we know he can do anything. He’s such a miracle. He loves life and has taught us to appreciate every moment. We’re really just so lucky.”

The family has set up a charity called Kaleb’s Cause to spread awareness of Hypoplastic Left Heart Syndrome and to raise money to help bring families together whilst their sick children are in hospital. More information about the charity can be found at https://m.facebook.com/KalebsCause