Reflecting on the past five years with Yvonne Millard MBE

Reflecting on the past five years with Yvonne Millard MBE, Deputy Chief Nurse at our Children’s Hospital 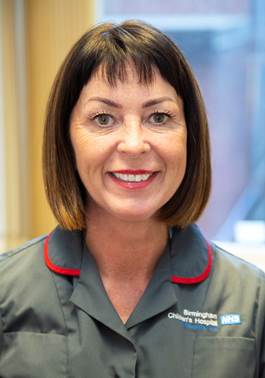 As part of our celebration of the fifth Anniversary of the launch of BWC we met with Yvonne Millard MBE, our Deputy Chief Nurse, to hear her memories and highlights of the past five years.

Yvonne has had an illustrious career working at our Children’s Hospital for over quarter of a century and she has seen many changes over the years. As a member of staff at the Children’s Hospital she described the general feeling at the time the Trust was launched.

She said: “I don’t think we really knew much about the Women’s Hospital. I think people just thought it was not really going to impact us, it was more managerial, but it turned out to be so much more than that.”

Yvonne describes the most striking change to take place following the launch of he new Trust was the development of the care pathways that patients at both the Women’s and Children’s hospitals now take. Prior to the launch, if a mother had a baby at the Women’s Hospital which needed further treatment at the Children’s Hospital, they were added to a tertiary list and had to join a queue. The formation of the new combined Trust focussed on making the journey taken by our women, children and their families much smoother.

Among the many achievements of the past five years, one that stands out in Yvonne’s mind is the fact that since 2017 there have been greater opportunities for our staff to build relationships and support colleagues across both sites. This is something that has undoubtedly strengthened the Trust’s response to Covid-19.

When the pandemic first hit in 2020, our Children’s Hospital had to postpone a lot of routine surgery as our NHS learned to deal with and adapt to coronavirus.

As a result of this, staff from our Children’s Hospital were able to help at our Women’s Hospital with services that needed to continue which in turn helped to protect the specialist skills of midwives and neonatal nurses meaning they did not have to step into that space.

Yvonne suggests that another benefit of the new Trust is that BWC has become an attractive place to work due to the opportunities for staff development and career progression that having the two separate Trusts join together has created.

Yvonne explains: “We’ve had members of our team at the Children’s who have asked to go and work at the Women’s permanently and retrain in Midwifery. It is an opportunity that they would never have had if we hadn’t been one trust. So for them, personally and professionally I think that’s one of the best things to have come out of it.”

Looking back now with the knowledge that we have gained over the past five years, it is clear to see the positive effect the launch of the new Trust has had on all of our women, children and their families as well as our staff. Our care is much more aligned than it had been before which has proven to be so beneficial for everyone.